You are here: Home / Games / Tabletop & RPGs / WizKids announce the largest D&D “mini” they’ve ever made

The five-headed dragon goddess from D&D lore, Tiamat, is coming to tabletops.

Tiamat was so much fun for us to bring to life as so many people are familiar with this classic D&D entity and can envision how she looks with her unique, five-headed form. This version of Tiamat will be the largest mini we have ever worked on.”

There are so many challenges to doing something on this scale – the components, the weight, the size, and the engineering of her use. Remember she isn’t just a statue – we want folks to play with her on their tables! Ultimately these challenges weighted against what we felt was a price fans were willing to pay for her.”

Tiamat is available on pre-order at the new WotC / WizKids venture DnDMini.com. She’ll set you back $399.99.

WizKids announce the largest D&D “mini” they’ve ever made 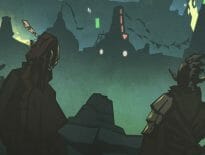 Tabletop & RPGs SIN: A sourcebook for the Spire RPG about uncaring…