Partnering with the Open Gaming Network and World Anvil, Mythic Table has launched a Kickstarter to get some full-time developers for the open-source virtual tabletop.

Mythic Table is free forever; the incentive to back the Kickstarter is not just to help the RPG community but to access some lifelong and substantial discounts with their new partners. The campaign is looking to raise CA$ 25,000 in 45 days, and you can join in at the project page.

Geek Native talked to Mythic Table co-founder Marc Faulise earlier this week about the Kickstarter, why it was needed and what the future of the virtual tabletop might look like.

As the pitch video says, if successful, this campaign will bring on some full-time developers so the VTT can be integrated with World Anvil and the Open Gaming Network’s retail operations.

Mythic Table is free for life, but if this campaign is successful, it could be a way for RPG content creators to earn money.

The hottest virtual tabletop (VTT) is taking things to the next level. Mythic Table aims to deliver a quality, easy-to-use VTT that is flexible enough to cater to all your gaming needs. In partnership with World Anvil, and the Open Gaming Network, Mythic Table is expanding its functionality to provide game masters and homebrew creators a platform to buy and sell game assets.

There are four pledge tiers; bronze, silver, gold and platinum.

At CA$10 (about £6), the bronze tier gets you access to an exclusive Discord channel, one exclusive Twitch emote, and a 5% lifetime discount at the Open Gaming Store.

At CA$25, the silver tier adds an emote, gets you a Mythic Table badge, boosts that Open Gaming Store discount to 20% and gets you a 20% lifetime discount at World Anvil’s Grandmaster level.

At CA$100, the gold tier adds another emote, makes that a %15 Open Gaming Store lifetime discount, 20% off the Grandmaster membership level at World Anvil and access to alpha testing.

So, what’s that Platinum tier like? It has 1 backer at the time of writing and costs CA$1000 (about £577). It adds you as an honorary member of the Mythic Table development team and even access to their Slack, which I think it a trusting move indeed!

Hello there. I’m the one who made this map, but it uses 2minutetabletop.com assets, so would you please be so kind to add the credits below the image? I rather this would have only positivity surrounding it, and Ross is my hero, so I would really like to do him a solid.

Hi! Good to know and great suggestion. I think being used as an example of Mythic Table kicking ass is positivity and I’ve added a credit link plus recommendation.

Thank you very much! Appreciate the swift response and actions taken – an indication of true professionalism! 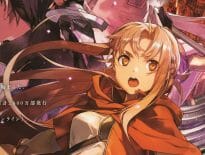 Anime Sword Art Online: Progressive gets a new poster an… 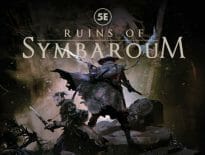