In the wake of their million Dollar Kickstarter for Lord of the Rings, Free League Publishing have announced their next crowdfunding campaign. The Swedish RPG publisher will be converting the highly acclaimed Symbaroum dark RPG to the system that powers Dungeons & Dragons.

The Kickstarter for Ruins of Symbaroum launches on April 13th.

Whatever you do, always heed the warnings spoken by the wardens of the forest –tread carefully and do not disturb the ruins of old, for ancient evil stirs in its sleep. The horrors of Davokar are about to awaken…

Symbaroum launched in 2016 and is set in the dangerous forests of Davokar. It’s a dark fantasy and a hazardous setting.

Symbaroum 5e will include a Player’s Guide, a Game master’s Guide and a Bestiary to produce the typical three-pack of books, in colour and in hardback.

The setting has been expanding. Last week Free League announced The Haunted Waste, a new book for the RPG which takes players south of the Titan Mountains and into the wartorn Davokar region. 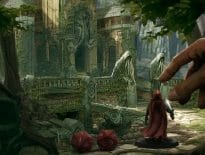 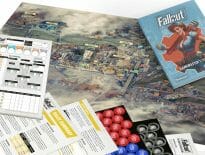