Chaosium is marking the second anniversary of Greg Stafford’s death this week. Stafford was the publisher’s original creative mastermind and their founder.

While Chaosium might be best known for Call of Cthulhu, VP Michael O’Brien’s blog post reminds us that Gregg Stafford considered the King Arthur Pendragon RPG to be his masterpiece.

Pendragon 6th edition, which Greg considered the “ultimate edition” is coming, and a free PDF preview is now available in the scenario The Adventure of the Great Hunt (PDF link) directly from Chaosium’s servers.

Pendragon veterans will find that the fundamentals of the game remain the same, with subtle modifications reflecting the culmination of nearly three decades’ refinement of Greg’s vision of Arthurian fantasy”

The current edition of Pendragon is 5.2, which was published in 2016, and the very first came out in 1985. The second edition was never published.

King Arthur Pendragon is an RPG set in the chivalrous mythology of the British King. Players enter a world of adventure, romance and intrigue along with other champions of the Round Table. 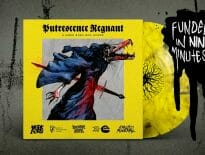 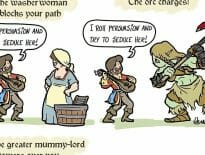