In August Geek Native reported that Chaosium would be helping Nocturnal Media with the King Arthur Pendragon roleplaying game. Even then it felt inevitable that the game was on the move.

Today, Chaosium announced the change in ownership. The Prince Valiant story-telling game is also transferring from Nocturnal Media to Chaosium.

Steve Wieck, who has been running Nocturnal Media since his brother Stewart passed, shared this story which explains the relationship between the two companies. He noted;

There’s a story behind this story. In the early , the staff of Chaosium were celebrating with a feast at Mader’s Restaurant in Milwaukee after a successful Gen Con. At the table next to them, the White Wolf staff also feasted on haunches of meat and steins of beer. My brother Stewart and Mark Rein Hagen, founders of White Wolf, stood and toasted Greg Stafford and the Chaosium crew, “Hail to Chaosium, the pioneers, the seers, the shamans, who ignited the flame of storytelling in our roleplaying hobby”, and the White Wolf table cheered their respect.

Naturally, one cannot possibly out-do Greg Stafford, the creator of Pendragon, in matters of feasting etiquette. Thus Greg rose and toasted back with supreme humility, “We were merely keeping the fire lit through the cold, dark night, for we heard in the distance the howl of the wolf and knew the wolf would come to turn the flame to a bonfire.”

It would be years later that White Wolf would end up acquiring Greg’s King Arthur Pendragon game (which had already travelled from Chaosium to Green Knight Publishing). And still later, after White Wolf merged with CCP, ownership of the Pendragon game travelled back to Stewart’s new company Nocturnal Media. Stewart immediately started collaborating with Greg to publish a new edition and supplemental material for the game.

Then both Stewart and Greg passed, and it’s been a bit of a cold, dark night. Those of us who remain at Nocturnal have tried to keep the Pendragon fire lit through the night, publishing new KAP supplements and the Paladin game, but it’s clear that for the fire to become a bonfire, the wheel should turn full circle and Pendragon return to its origin, return to Chaosium. We pass the torch to our friends at Chaosium, knowing that greatness awaits. The Boy King is ready to become a Conqueror. Long live the King.”

King Author Pendragon was created by Chaosium founder Greg Stafford. The company notes that the return of the game has the blessing of his wife and children.

Chaosium strips Éditions Sans-Détour of Call of Cthulhu license; fans may miss out

As a result of the transfer both Pendragon and Prince Valiant will be available from Chaosium’s DrivethruRPG store and their own site. The good news is that David Larkins, who Greg Stafford announced as Pendragon line editor, will continue his role working for Chaosium.

Rights to the King Arthur Pendragon RPG returned to Chaosium 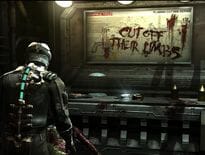 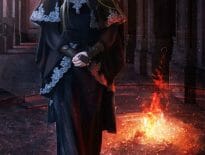