This Article is part of a series about the dials. Find the first dials article here and the first article about the character dial is here.

So last time we talked about why we’d choose to disrupt the relationship between character and actor. We spent a lot of time talking about theory, so this time I am just going to jump right into the different ways we can adjust the dials, as there is a lot to get through.

Dual Characters, Same Group
When you have a small number of players who want to tell a slightly bigger story or a small group but lots of ideas, you can create a situation where people play more than one character.

Most of the time, the characters are together and act as a normal group. This is a simple option that requires little bookwork but allows you to occasionally still ‘split the party’ or isolate one character without a player missing out on other things going on in the narrative.

You should be aware that because people don’t want to spend hours talking to themselves, often some characters can have only lessened relationships with each other under this model.

Alternative: Opposing Sides
In this story, players have two characters, but each character is on different sides of a conflict.

Imagine a Vampire: The Masquerade game with Sabbat and Camarilla factions characters in the same city. Whenever one side gains ground, the other loses, so the story becomes less about character victories and more about the relationships of people in a shared space, examining the idea of conflict. Just be wary of player versus player conflict here.

Characters may end up getting murdered by the action taken by their own player in their ‘other body’ if the narrative bends too far.

Ensemble Narrative
You might want to tell a story with a vast cast of characters, like a fantasy game with several kingdoms at war or a vast superhero crossover involving a dimension or time-spanning threat.

In this model, players create characters that are all affected by something going on at the same time. Maybe they are seeing the fall of a kingdom from the perspective of rich and poor, maybe the supers groups work at a problem from different angles. Players play any number of characters who’s lives may or may not cross over.

This is an easy way to create a vast network of characters and stories within a single group. It can also lead to people being less attached to individual characters and therefore taking more risks with the ones they have. It very quickly makes a campaign feel epic.

If you are going to do this, it can quickly become a confusing mess if you don’t control it. Players need to know what each character is after and switch between different group of characters regularly to maintain interest.

Alternative Structure: Self Build Ensembles
Each player has a set of characters they can choose to take on each ‘adventure’. This adds an extra layer of strategy and relationship-building to an ensemble narrative.

Living World
This is more of an overarching concept but running multiple groups in the same campaign world. Some of the players have different characters in different groups, some just have one. This option creates a MASSIVE story.

Each set of characters can change the game world and the campaigns of other groups.

This gives players who are in different groups new perspectives on events and makes them feel like the world story isn’t just about them, making their approach to character both personal and part of a larger context.

They also get to have little epiphanies about previous moments in the game when a different group runs across the same locations/players. However, this is even harder to track because you have to really focus on when things are happening and keep an up to date calendar of game world events so things can track from one group to another.

Everyone Plays Everything
In a ‘collab game’ that puts story in front of individual tales, it might be that the idea of ‘my character’ doesn’t exist. Instead, in individual scenes, each player may select/create a character to drive the scene forward, sometimes with different people playing the same character over several scenes.

Here the dial is so far up it is almost looped round. This creates a situation where the group focus on narrative rather than individual goals. This can create a more even story where the group are working together, but it can also divorce players from the impacts of the story on a personal level, so make sure there’s emotional content to engage with.

Inside The One
In this model, the dial is cranked right down. Everyone plays one PC as parts of a personality. This means that they can fight or work together to tell a very focused story.

This has the benefit of still having deep RP but still distancing the player from getting caught in it just being ‘their special character’ because the character is a shared thing.

This promotes teamwork and teaches players about their own motivations. However, it’s not for everyone, this isn’t often game style form a group that enjoys tactical or combat play and is usually deeply introspective.

Alternative Structure: Outside The One
In this everyone plays one character, but they take turns dictating the action of that character, trading control between them. It can be fun, creating a really rounded protagonist view from many angles.

Some games also feature players trading a variety of characters between them which also lowers the ownership qualities of each.

Several games feature messing around with the structure of character, and if you’re interested in these ideas, you should check out Ars Magica, Microscope, Dungeon Crawl Classics, Cheat Your Own Adventure, Legacy: Life Among The Ruins and Bluebeard’s Bride.

Creative Commons credit: Grimm Twins by Blazbaros, The Twins by Damai Mikaz and Bluebeard by IrenHorrors. You can buy Iren’s print at Society6. 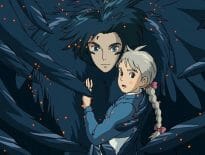 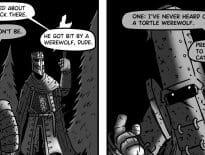