You are here: Home / Games / Tabletop & RPGs / Dalreth looks to establish an icy city of intrigue and adventure

Darrin Anderson is looking to bring his D&D 5e setting the icy city of Dalreth to life in books and with pewter miniatures with the help of the Kickstarter community.

It’s not a cold start if you’ll forgive the pun. Previously, Anderson successfully Kickstarted some of the miniature range for the setting.

We’re halfway there on this new project. At the time of writing, there’s 14 days on the clock and about $6,000 of the $12,000 pledged. You can see the current stats on the campaign page.

The pitch trailer makes it pretty clear that Dalreth is set up for both action and intrigue. There are factions in a city, and some of them are actively engaged in plans. Events will occur if players do nothing.

The 200 guide which will be available as a hardcover if the Kickstarter is successful contains;

There’s also a new spellcasting class known as the Mentalist and new schools of magic for Wizards. Druids and Rangers have variants with a focus on animal companions.

Dalreth also introduces a faction system which allows characters to gain both fame and notoriety.

It’s a pledge of $25 to get the PDF copy of the Dalreth Ice Haven Player’s Guide. However, it’s only $50 for the hardcopy and the PDF.

At least one gaming store has backed the project as the retail pledge level has backers.

Dalreth looks to establish an icy city of intrigue and adventure 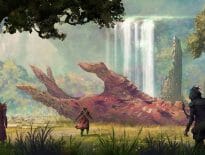 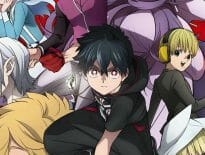 Anime Monster Incidents gets its first trailer
wpDiscuzComment Author Info
Manage Cookie Consent
This site uses cookies 🍪, and links are ads that may earn bloggers some money 💰, and with this alert, I very much hope that these dark truths 🧌 are acknowledged.
Manage options Manage services Manage vendors Read more about these purposes
Preferences
{title} {title} {title}