You are here: Home / Games / Tabletop & RPGs / Flames of Freedom: Overthrowing the British while being stalked by the supernatural

Powered by Zweihander, the Grim and Perilous game is set during the American Revolutionary War of 1776 and when agents of the occult entreat both the Rebel and Loyalist forces.

Hours into launch, the goal of $15,000 has been smashed with $26,000 already pledged which makes the game a success for Andrews McMeel and developer Daniel Fox. You can follow progress on the campaign page.

In Flames of Freedom, science and logic are paramount and therefore, most people refuse to believe in the supernatural. But it’s there. Amid the chaos of the war, grim tales are emerging.

The American gothic horror uses the Zweihander’s RPG d100 engine and was researched by Richard Iorio and a diverse group of game designers.

A pledge of $20 will get you the PDF of the core rules and the world map. If the Historian’s GM screen and Pawns digital supplements are unlocked; you get those as well.

If you need the core Zweihander rules, then you need to go higher and pledge $40 to get those as well, along with the Player’s Handbook and Main Gauche.

Need paper? $50 gets you the physical Flames of Freedom rules, with the PDF and the World Map. Once again, the Historian’s GM Screen and Pawns are yours in PDF is unlocked.

There’s a massive tier at $85 which will take your Zweihander collection from zero to hero, and that’s attracted over 50 backers in the few hours the campaign has been live for.

Flames of Freedom: Overthrowing the British while being stalked by the supernatural 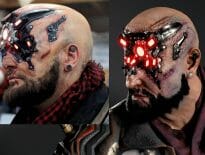 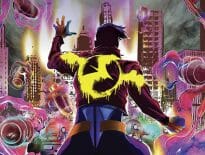