You are here: Home / Games / Tabletop & RPGs / Horror and conspiracy in 18th century America: A review of Flames of Freedom

Flames of Freedom is a Grim & Perilous RPG powered by Zweihander, and it is published by Andrews McMeel. It’s written by Richard Iorio, Daniel D. Fox and many other illustrators and contributors.

I want to start with a controversial way to judge a book and one of my favourite and least favourite things about Flames of Freedom.

The sheer size of this RPG is impressive. The physicality is intimidating. If I heard a strange noise in the apartment when I was alone one dark and stormy night, I’d heft up my copy of Flames of Freedom to use as a robust shield and possible bludgeoning weapon.

The last number printed on the brick of pages between two robust hardcovers is 651, but neither the preamble nor the detachable character sheets and pullout map at the back are not numbered. Yes, detachable character sheets and map. I fear if I did wield Flames of Freedom in defence of my apartment during a Scottish storm, then the back pages, by design, might come out. I don’t usually take photographs of a book’s spine for a review, but I have for this Grim & Perilous printed titan.

Not that large books are anything unusual for Zweihander. The game, which I’ve had for barely longer than lockdown, commands a shelf in my RPG all to itself.

At $65, Flames of Freedom, set in the American Revolutionary War of 1776, is excellent value for money. The negative of the size of the book comes with utility. I’ve arthritic hands, and this book is a weight. I’ve taken to propping up the covers to help me read it. It was uncomfortable otherwise. I worry how a gaming group could, or would, pass the tome around during a game. I suspect it would become dogeared and worn, which is a welcome fate for loved books to me, but I know it’s an anathema for others.

The basics of gameplay are done by page 10. In summary, you are trying to roll equal to or less than your Total Chance on a d100. Your Total Chance is the bonus you get from Skill Ranks, Talents, Traits and Spells, minus and Conditions and a Difficulty Rating.

The Zweihander system is mature, popular and robust. That simple d100 has rules for Critical Success and Failures (doubles like 22, 44, 77), what happens when Skills push a Total Chance over 100% or penalties reduce it below 1% and Assisted Skill Checks.

Fate rears its head again in the shape of Fury and Chaos dice. These are d6 which come to life if they come up 6. Fury dice explode, meaning they are rolled again (and again on another 6), adding to the damage. Chaos dice add to injury and usually make life even more grim and perilous for characters.

However, Flames of Freedom does make a slight evolution to its parent gene and uses two Coin Pools. There’s a Player Pool and a Historian Pool, Historian being the game’s name for a Gamemaster. These coins are spent to re-roll results, gain Action Points, or suggest an edit to the narrative.

A legitimate question then is; what are all the other pages in the RPG for?

The first answer (as there is a lot in Flames of Freedom and therefore many answers) is character creation. The chargen rules are about 30 pages long. These, though, include tables of traits and professions, plus pages for each of the primary cultures of the game’s era.

The “pamphlet” of professions is even longer, nearly 100 pages of options. Here is the duality of appreciation/concern in Flames of Freedom again.

I really liked this long list of things my character could be; a dilettante, a dispatch rider, farmer, sin eater, tout, whaler or even a writer! For me, the American Revolutionary War started to come to life in my imagination as I was empowered by all these options and began to envision a world that had them all.

I wasn’t intimated by choice at all, but I know others, even experienced gamers, who would have. I had no compulsion to thoroughly investigate each option in these 100 or so pages to make an informed and well-researched decision on my profession. I wanted to play what felt nifty at the time, but I know some people can’t be happy with uncertainty lurking at the edge of their decision.

Other large sections of the impressive book make up the occult horror of the setting, such as rules for healing and hazards, life during the war, indigenous nations and a spell almanack. There are over 100 pages of threats, not all supernatural like the Hooded One, Ghoul and Headless Rider, but beasts like Poisonous Snakes and Bears, or human horrors such as Knights Templar, Red Coats and the Inquisition.

Furthermore, Flames of Freedom offer tips and tricks to Historians/Gamemasters on horror and the RPGs commitment to equality.

All these resources and things to look up are bounded with the simple premises of the d100 rules by four pillars of gameplay;

The chances are that active characters are doing one of the above, not always, but these are the groupings by which you take stock of the situation and know which part of the hefty game engine you might need.

The vibe of Flames of Freedom

Flames of Freedom is a game of occult horror. Yes, on the surface, in real life, in the world that most people can accept, the colonial Americans are fighting for independence from the British Empire. The player characters will undoubtedly be caught up in that and can be from any of the factions involved.

Below that surface war, though, there is another, and it is even darker. The supernatural is real, dangerous, and actively out to destroy or corrupt humanity. It’s this occult battle that is Flames of Freedom’s focus. Historians/gamemasters are given help with horror.

I’m reminded of Sleepy Hollow, even though that’s mainly set in the present day. I’ve just started to read Neal Stephenson’s Baroque Cycle, and that seems well-timed, although I’m not deep enough into book one to be sure.

Importantly, Flames of Freedom is not horrible. It’s horror. It is not a game in which the vileness of discrimination is confronted. While characters can have different opinions, there is no place for discrimination against women or people of colour. There will be no edgelord investigations of indentured servitude or “tame the wilderness” of Indigenous Nations. The game is clear about this.

I don’t feel as if this guidance, this mandate, has cost me anything. In fact, it feels liberating. It’s clear that games of Flames of Freedom should focus on supernatural horror and what human heroes can do to oppose it.

Furthermore, no one is coming to take my games away. If my Flames of Freedom characters calls an Englishman a “Tory bastard”, then none of the diverse talents who worked on the RPG are going to knock my door down and confiscate my library.

Looking for proof that games can have an OSR feel but still suit modern sensibilities? Here’s evidence.

Also contributing to the OSR feel of the game is its presentation.

Money clearly wasn’t a problem for a well-funded Kickstarter and a publisher like Andrews McMeel. Although, with the professional shepherd of McMeel on board, it means Flames of Freedom is intended to be a commercial success, not a labour of love. But I don’t think it’s a commercial imperative that explains why the art in Flames of Freedom is black and white. The illustrations are a design choice; they’re an atmosphere that helps give the RPG an 18th century and historic feel. There’s no whiff of modern colour fade backgrounds, such as now offered by many generator websites so fans can make their homebrew look like 5e. Flames of Freedom avoids that path.

The font size is large, and the text clear and crisp. Callout text is presented in boxes with shaded backgrounds, easy to notice, easy to read. Tables and charts are straightforward.

The size of the book means it is not straightforward to go quickly to whatever you need to lookup. You can often go directly to what you need, but the page-turning trip will always be a long one, and with fingers like mine, an uncomfortable one at times.

Flames of Freedom calls the Gamemaster a Historian. I suspect that adds to the atmosphere, reminding us that we’re playing in an alternative history.

However, for me, the ‘alternative’ is a more significant part of that equation than the ‘history’.

I’m Scottish. I learnt nothing about the American Revolutionary War in school, not a bean. It’s almost as if teaching Scots about fighting for independence from the British Empire might be a controversial subject. I’ve barely added to my knowledge since then.

The good news is that I don’t feel as if this holds me back from playing Flames of Freedom with my friends. I think, though, I’d carefully design a character that helps cover my real-life ignorance with in-character ignorance if I ever try the tabletop with Americans.

I’ve also mentioned the diverse talent who contributed to the game. There is plenty about the indigenous American people here, and it’s been written and vetted by indigenous creators. I feel safe and confident with it, but it helps (me) to put the RPG focus on the ‘alternative’ rather than the ‘history’.

The game uses the word Historian for the Gamemaster, but I might not.

I’ve not yet had a chance to play a full Zweihander game in person. I’ve played via Discord; I’ve done some in-person combat.

Flames of Freedom intensifies my desire to play Zweihander. It makes me imagine what it would be like to have friends gathered around a large old table, with notepads out, dice scattered around, strong coffee and booze to keep us going.

I think Flames of Freedom is an RPG that will make people feel proud. Gaming groups can rightly be proud that they picked a game with a modern outlook and use it for horror, proud that they’ve mastered this pr-gamer d100 OSR-vibe of a system, and I suspect they’ll likely be proud of what their characters achieve. The death stories will be great, Flames of Freedom will create pub stories that turn heads, “Hey, remember when that Boston ghoul tore the head off that Tory bastard?”

Overall? You don’t need Zweihander to play Flames of Freedom, and I feel like it could an excellent way to introduce yourself to the game. The battle against the lurking occult horror and the tangled web of conspiracies that lace North America gets the thumbs up from me.

Please note, my copy of Flames of Freedom was provided for free to facilitate this review.

Horror and conspiracy in 18th century America: A review of Flames of Freedom 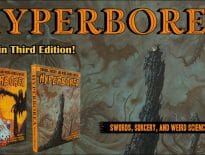 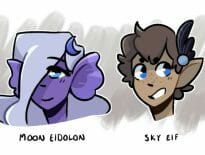