The Zweihander RPG powers Andrews McMeel’s Flames of Freedom. The game is set at the dawn of the American Revolutionary War of 1776.

The preamble is out now and is free to download.

On the surface, the story is the battle of the American rebels against the crumbling might of the British Empire.

Below the surface, something mysterious lurks.

The Freemasons are especially active in the City of Brotherly Love. The Knights of Templar are conducting a witch hunt in Maryland. Witches have been spotted in the Great Dismal Swamp, and indigenous sachem warn of devils called the Manitou hiding among the living.

Beneath Boston; flesh-eating ghouls, digging tunnels for some unknown purpose. The Leeds Devil haunts the Pine Barrens of New Jersey.

However, Thomas Paine’s Common Sense is held aloft in Rebel patriot land, and the supernatural is easily rationalised away.

The Kickstarter is coming and you can register for a “Notify me on launch” alert.

Luxury edition specialists Grim & Perilous Studios have said they’re on board as partners who are involved in the game’s development, providing writing, game design and rules development. 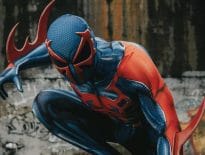 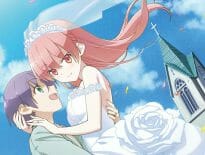 Anime Tonikawa: Over the Moon for You blessed with subti…
wpDiscuzComment Author Info
Loading Comments...