You are here: Home / Games / Tabletop & RPGs / Name your own price for RUSH, a minimalist sci-fi RPG with a 6 track digital cassette

RUSH is a 16-page, Name Your Own Price, RPG from Horoscope Zine.

The Name Your Own Price suggestion is generous for any RPG that includes original art, albeit minimalist, especially for unique music.

If you think Guardians of the Galaxy when someone mentions cassettes and sci-fi, then that’s the wrong direction. For a start, RUSH is more alien-seeming than Guardians, the world feels less well equipped, and superheroes don’t fly through the sky to save characters.

You’ll hear this in the music. It’s darker, grittier and more sombre. RUSH may be inspired by the simplicity of RPGs from the 70s and 80s but that’s not what I get from the music.

The six tracks (MP3 and .wav) that come with the RPG downloads lean towards the weird but never the whacky.

There’s a low constant throb and the occasional highlights and distractions. Looking for backing tracks to a sci-fi game? Yep, the RUSH soundtrack is a good place to go.

The system is simple. You roll as many dice as you have points in the attribute, as will your opponent, and whoever has the single highest value on a d6 is the winner.

Outside of combat, the GM assigns a difficulty value to the challenge and uses that as the number of dice they roll. So, a difficult task will roll 2d6 and a very difficult one 3d6; you have to beat the highest number rolled.

Unless that is, you spend a luck point. The system is so simple there are only two attributes other than luck; mental and physical. Shooting someone is physical.

RUSH adds in stats for weapons and armour and character improvement and even comes with a simply illustrated bestiary.

I paid $5 for my copy and don’t regret it, but I think I’ll use the music as background more than I’ll use the system. By design, the system encourages randomness.

Name your own price for RUSH, a minimalist sci-fi RPG with a 6 track digital cassette 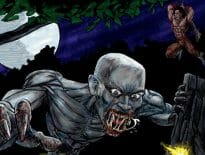 Interviews Sensitivity reading: What does it do, and does it … 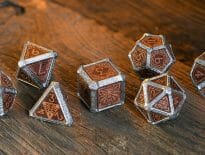