The RPG will be made by Red Scar Publishing, with Marc Langworthy in the lead. Red Scar are Mantic’s usual RPG partner who have a Kings of War RPG in the works too.

Kings of War RPG is available in two flavours; Red Scar’s TriCore and 5e. Hellboy is sticking with just 5e.

As you might expect, there’s a Kickstarter planned, and you can sign up for reminders here. Well over 1,000 gamers have already done so.

Mantic Games raised nearly $2m on the board game’s Kickstarter, so they clearly have a fat channel of communication to a whole bunch of Hellboy fans and gamers.

In the RPG, players are modern BRPD agents, and we’re expecting a quickstart version before the full game is out, as Red Scar has done that for every one of their games so far.

EN World, which is connected to Marc Langworthy via the Judge Dredd RPG, has this quickstart cover on display. 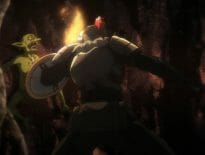 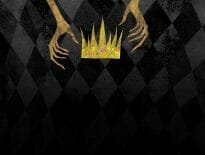 Tabletop & RPGs Wizards of the Coast announce a D&D themed Da…
wpDiscuzComment Author Info
Manage Cookie Consent
We use technologies like cookies to store and/or access device information. We do this to improve browsing experience and to show personalised ads. Consenting to these technologies will allow us to process data such as browsing behaviour or unique IDs on this site. Not consenting or withdrawing consent, may adversely affect certain features and functions.
Manage options Manage services Manage vendors Read more about these purposes
Preferences
{title} {title} {title}
Loading Comments...