[The following is a transcript of Audio EXP: #52]

The heated debates in the RPG community continue, and I find myself asking; “Hide or fight?”

Selfishly, let me start by talking about Geek Native and the sometimes unpleasant business of handling blog comments. First up, I know I’m lucky, there are sites like The Mary Sue who have had absolutely horrible experiences with idiots, racists and sexists when it comes to comments.

Geek Native gets its fair share of hate-filled comments, and I refuse to approve most of them. If they’ve gamed the approval system, then I’ll delete them afterwards.

The site’s approval system isn’t hard to game. Geek Native uses the WordPress plugging Akismet to block spam – or try to. The other rule is that if you’ve not commented before, your comment doesn’t automatically get approved even if it’s spam-free.

A two-year-old article always comes to mind when I think about the challenges of comment moderating. The article is White Wolf just told the alt-right to f* off“.

As you can imagine, it attracted a range of comments.

Some comments, huge essays, came from people who identified themselves as neo-Nazis and said they would never be silenced.

Well, guess what, those comments never saw the light of date. I didn’t approve them.

It turns out, silencing those neo-Nazis was easy and the right thing to do.

In that article, which talked about how in the dark game some vampires are or have been Nazis, had a creative commons image of a vampire partially blocking a swastica.

Also, in the comments, were people who had a go at me for using that image. They didn’t like looking at the swastica.

I approved those comments despite not understanding them and some of them being quite barbed and, in the end, I tweaked the blog post, so that particular image wasn’t used as the social media thumbnail.

I still don’t understand the objection, but making the change didn’t cost me anything, didn’t weaken the point and didn’t hide the fact that White Wolf had told the alt-right to f* off and get out of the fan community.

I hope I handled it right.

Since that incident, my rule of thumb on comment moderation is not to approve racist, sexist or hateful comments or to refute them, to take the chance to pull apart the often hypocritical and illogical arguments and expose them for what they are.

It’s the hide or fight decision. Do you fight to make the world a better place or in the interests of maintaining safe spaces do you hide the hate? Are you giving hate a platform if you use a space you control to refute it?

Short answer; I don’t know. I can only try and do my best. Now, all this philosophy becomes a bit more relevant to this week’s news as we get to the debates around the headlines.

First up, on the DMs Guild some old D&D products now carry a prejudice warning.

We recognize that some of the legacy content available on this website, does not reflect the values of the Dungeon & Dragons franchise today. Some older content may reflect ethnic, racial and gender prejudice that were commonplace in American society at that time. These depictions were wrong then and are wrong today. This content is presented as it was originally created, because to do otherwise would be the same as claiming these prejudices never existed. Dungeons & Dragons teaches that diversity is a strength, and we strive to make our D&D products as welcoming and inclusive as possible. This part of our work will never end.

Oh boy. How this statement has divided the gaming world into camps.

There are those who don’t think it goes far enough and that it’s more words rather than action from Wizards of the Coast. That, at least, is a point of view worthy of debate.

There are those who think the presence of the disclaimer is somehow changing the contents of the books. It does not. I don’t understand why people think there’s a debate on that.

I saw someone call it a Marxist revision of our gaming history. It is not. It is no revision at all. In fact, Wizards of the Coast have done the opposite, they’ve used this disclaimer so that no revision will happen.

The first edition of Fiend Folio is one of the downloads with the disclaimer. It’s a British book, not American, but let’s push on.

Page 20 of the Fiend Folio is one of the full-page illustrations in the book. It shows Crabmen attacking an adventuring party. The men are being killed. The surviving female adventurers are being carried naked into the caves of the Crabmen. It doesn’t take much imagination to work out what’s going to happen in those caves.

There’s absolutely no way that a modern American publisher would approve that scene today. There’s none.

Therefore the statement in the disclaimer is correct. The book absolutely contains content that does not reflect the values of the Dungeons & Dragons franchise today.

There’s even a petition, which I won’t link to as it deserves no publicity, in which someone is demanding Wizards of the Coast remove the warning and apologise. Why? They worry that the presence of the warning means people who buy these old books might be considered bigots, racists or misogynist.

What rubbish. The content of the book is the same whether or not there’s a warning on it or not.

If these people are worried about being called a bigot, racist or misogynist, then starting a petition to get an anti-bigotry statement removed from old books is entirely counter-productive to their concerns.

It smacks me of insecurity. No one is coming to take their D&D away from them. No one is making them change any aspect of their lives.

This week, Geek Native wrote up stats for a combat wheelchair put together by professional game designer Sara Thompson. In the article, I use a picture of an armoured woman in a wheelchair from Legendlore.

I also make the point that no one is forcing anyone to have wheelchairs in their D&D game.

This post also attracted many comments. One person went on a rant about soy-boy orcs coming to hug people. I pointed out, in an immediate response to their comment, that if the wheelchair annoyed them that much, then they weren’t prepared for the fact that D&D has healing magic.

Do you know what? They apologised. They said that 2020 had been a stressful year for them. They said they would soon start taking anti-depressants and asked for the comments to be deleted.

I’ve done so. That conversion is now gone. In a way, that’s a shame because it’s an example of how tackling prejudice head-on is sometimes the way to deal with it.

And yes, you also got the usual people moaning about gender, and social justice warriors, masks and revisionists. Really, all for sharing entirely optional homebrew rules for a chair.

Following the White Wolf rule of thumb, most just don’t get approved if they’ve come from someone who’s never posted on the site before. If they have done that and said something small-minded, then I try and call it out and tackle it.

We had one success with that apology and retraction.

Interaction can be draining and dangerous. Look at what happened to Critical Role.

This week, Critical Role had to publish an official response into the claim that they had not paid a freelancer.

Once again, the statement has divided people.

The summary of Critical Role’s response is that they never employed the freelancer. This has been verified by an outside third-party.

In other words, someone shared with them their experiences and ideas. Then, afterwards, tried to bill for it. Or similar.

We don’t quite know the other side of the story because, according to the person in question, the outside investigators that Critical Role hired to look into the issue did not talk to them.

Another drama this week that spawns from interacting on social media is the unfortunate situation with game designer Eric M. Lang’s Twitter account.

Twitter won’t say why, but there’s an obvious suspect.

So why would Eric do that? He saw the followers of a known harasser begin to follow him en masse. He knew something unpleasant was brewing and so took pro-active steps to fend it off.

There’s more. The non-binary game designer Orion D Black hired by Wizards of the Coast reached the end of the contract and walked from the company without renewal and with a scathing critique of their time there.

In fact, Orion claims their work was stolen.

I’m gonna segway into brighter news and I’m going to use InstaQuest as a bridge.

InstaQuest is a new actual play D&D stream that uses mixed reality. In this case, I think the players will be interacting with a giant green screen or similar technology.

In the trailers, they do battle with a sexy and scantily clad succubus. See, proof that you can still have whatever content you want in your D&D games.

Another trailer worthy of attention comes from Privateer Press. The war games company has announced plans to bring the Iron Kingdoms RPG back.

Yep, it’ll be a Kickstarter.

Kickstarter is doing better than we feared during the lockdown. Research from ICO Partners, an agency that helps you self-publish games, shows that Kickstarter tabletop games had a record start to the year.

The catch, of course, is that those figures include the incredible $13m raised by Frosthaven.

Overall, at the start of the year, tabletop Kickstarters raised $118 million.

To finish, let’s talk about anime. There’s been a lot of good new shows but God of High School is creating an unusual amount of buzz.

We also had Anime Expo Lite last weekend which as resulted in a mega thread of trailers on Geek Native. That’s a single blog post with over two dozen trailers. 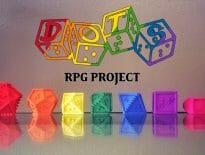 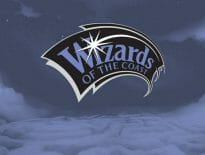