If you’re keeping an eye on the anime conventions in Geek Native’s convention calendar, then you’ll know this is a big weekend.

The mega thread, this post, has a focus on trailers and art. News here isn’t exclusively from Anime Expo Lite, it’s a catch up of news not yet covered by Geek Native and which is still hot. In some cases, red hot breaking news.

There’s so many titles in this mega thread that I’ve even put in a table of contents. Let’s dig in!

Shaman King is a getting a reboot despite the creator, Hiroyuki Takei previously refusing a 2017 offer.

The anime is the story of Yoh Asakura attempting to win the Shaman Fight so he can become the Shaman King.

The reboot is scheduled for 2021 and in the meantime, the 20th Anniversary Shaman King Exhibition is coming back to Tokyo. The exhibition will take up residence in the World Import Building in the Ikebukuro district.

Ken Wakui’s Tokyo Revengers manga is getting a TV anime with a release date sometime next year.

In the manga, Takemichi Hanagaki is a loser who is going nowhere. He learns that middle school girlfriend Hinata Tachibana has been killed by the Tokyo Manji Gang.

Next, he finds himself back in his middle school body, 12 years ago, and a chance to save Hinata and avoid his life taking the same awful path.

The Misfit of Demon King Academy has started streaming on Crunchyroll.

The global lockdown delayed the anime’s intended April launch, but the show is running now. In the show, a demon king tires of violence and so reincarnates himself into the future looking for peace. Anoth returns 2,000 years later and ends up going to school with his descendants, but in this era, magic is about to fade, and no one can sense how powerful he really is.

Earwig and the Witch

Studio Ghibli and NHK are working on a CG feature film, and it’ll be another Diana Wynne Jones (Howl’s Moving Castle) adaption too. It’s Earwig and the Witch

The film is expected to follow the novel reasonably well and so will see Earwig pulled from the orphanage by a sly witch.

A spin-off from the computer game Maitetsu: Pure Station will come to Tokyo MX this winter.

The anime is about railways anthropomorphized into attractive girls. The original game, Maitetsu is available in English on Steam.

The World Ends With You

The Square Enix RPG The World Ends With You is getting a new anime.

The game, played on the Nintendo DS, as the same strong art style you can see in the trailer. In it, Neku Sakuraba and friends have to complete in the Reaper’s Game for a second chance of life.

The otome EVOLxLOVE is getting an anime due to start streaming in Japan on the 15th.

In the game, the main character inherits a company from her father and is in charge of a TV program as a producer. However, the company is about to go bust, and she has to fight hard to keep the program running. That’s when she meets four men, each with super-powers, and each one a potential boyfriend.

Gibiate is set in 2030 when a virus has been busily transforming people into monsters. The story follows a samurai and a ninja from the Edo period who time-travel to the future to look for a cure.

The anime will start to stream on two dozen competing platforms on July 8th and on Crunchyroll on the 15th.

My Senpai Is Annoying

My Senpai Is Annoying the office romance manga will get an anime and that Doga Kobo (Sing “Yesterday” for Me, Diary of Our Days at the Breakwater) will animate it.

There’s no trailer for it, but the manga has had several volumes, and the video below is the promo for the second.

The story follows Igarashi and her annoying boss Takeda. Over time, though, Igarashi finds herself with a lot to juggle as she finds herself growing closer to Takeda.

The rom-com Don’t Toy With Me, Miss Nagatoro is getting an anime, and Sumire Uesaka (Sanae Dekomori in Love, Chunibyo & Other Delusions) will voice the titular character.

The manga is the story of a freshman in high school, Nagatoro, who likes to tease her older classmate. Is it just because she likes causing the girl misery, or does she secretly like him?

No dates yet for this anime.

Wandering Witch: The Journey of Elaina

Due out in October, Wandering Witch: The Journey of Elaina follows a travelling witch.

Elaina doesn’t have a mission or a quest of her own. She’s a traveller, and she gets caught up in the lives of others, helping them out. At the end of her travels, the witch trains an apprentice who embarks on a journey of her own.

Knights of Sidonia: A Star that Weaves Love

A feature-length Knights of Sidonia anime is on the way for 2021.

The manga has finished so die-hard fans might think they’ve nothing to learn from this new movie. However, most oddly, the author says he forgot to draw this bit.

Everyone, ‘Knight of Sidonia: Ai Tsumugu Hoshi’ is finally announced. I am the original manga author, Tsutomu Nihei. Hello. Readers of the based manga know how the story ends, so some people might think that they can’t purely enjoy its adaptation like those who have seen it for the first time do. However! In “Ai Tsumugu Hoshi,’ one fact that wasn’t told in the original manga story will be revealed! When the manga was serialized, I didn’t draw it because I wanted to leave it to the readers’ imagination. No, it’s a lie. The truth is that I just forgot to draw it! Besides that, there are many other elements added that weren’t in the manga! If you’ve read the manga, this is a must-see! If you haven’t read the manga, you’ll want to read it after you watch the film! I can’t wait to see it too!”

Based on the novels by Ira Ishida, Ikebukuro West Gate Park is due to air in Japan in October.

The anime follows the young Makoto who lives beside Ikebukuro Station and finds himself mediating between gangs and acting as the neighbourhood trouble-shooter.

Re:ZERO -Starting Life in Another World-

Re:ZERO is confirmed for July 8th and I’m looking forward to it. There are two new trailers, including one with a focus on the half-demon Ram.

Namco Bandai’s mobile game is getting an anime. You can see a short trailer for it in the video below before it becomes an hour a half recording of a live stream to celebrate the game’s birthday.

One of the biggest hits of last year, the reboot of Fruits Basket is returning for part two of its second season.

The latest trailer teases some scenes from the manga (at spoiler risk).

Coming to Crunchyroll in 2021 and based on Tsukasa Kiryu’s light novels is So I’m a Spider, So What?

In the anime, a battling hero and demon king have their magic spill into our world, exploding in a classroom and killing the students there. The reincarnate back into that fantasy world and the protagonist, who was the lowest-ranked in the class, returns as a one-metre long spider.

TONIKAWA: Over The Moon For You

The anime is based on Kenjirō Hata’s Fly Me to the Moon (Tonikaku Kawaii) – which translates to “Generally Cute”.

Nasa meets “generally cute” Tsikasa on the first days of his high school exams, falls in love… but she won’t date him. He has to marry her first.

Then, on Nasa’s 18th birthday, Tsikasa reappears in his life, ready to get married.

Starting on Crunchyroll this weekend is Monster Girl Doctor, a story based on Yoshino Origuchi’s light novels.

With a Dog AND a Cat, Every Day is Fun

This series began when the artist, Hidekichi Matsumoto, started tweeting illustrated anecdotes about her pets.

The Hidden Dungeon Only I Can Enter

Crunchyroll has picked up The Hidden Dungeon Only I Can Enter, but there’s no confirmed launch date for the anime yet.

The third son of a poor noble family loses his job and decides to try his luck in this dungeon.

I’m Standing on a Million Lives

I’m Standing on a Million Lives will come to Japanese TV in October.

Yusuke Yotsuya and two classmates are sent from Japan to another world in which they have to become heroes to survive.

VIZ Media have also been tweeting handy trailers for this new manga properties.

Call of the Night

There’s plenty of more news from the online event, and so please use the comments below to share what you’re most looking forward too. 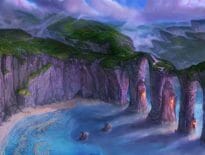 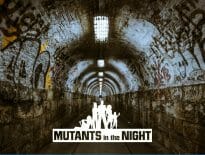