You are here: Home / Games / Tabletop & RPGs / Wizards of the Coast apologise to Orion D. Black

As covered at the start of the week, game designer Orion D. Black was not happy while working for Wizards of the Coast.

At the end of their contract, they walked with nothing to show for it other frustration and the decision to leave the gaming space.

They noted one incident in which ideas appeared to be stolen, saying;

I found out that some of my work was stolen, which destroyed me. It lined up with a project they were going to do and I had sent it in to someone in leadership months ago. The project was announced and this person who contributed “forgot” that we had a meeting where I gave them my ideas, and then a follow up document the day after. I knew nothing was going to be done about it. Someone else told me that the person said sorry that they forgot. That’s it.

Wizards of the Coast have now responded in two tweets.

The responses to Wizards of the Coast on Twitter are not supportive at all. A summary of the first 20 or so comments is that people want to see an actual change, not just the promise of a change.

WotC responded in kind to say that this was one part of a larger and longer program of reform and cited their diversity statement again.

Wizards of the Coast apologise to Orion D. Black 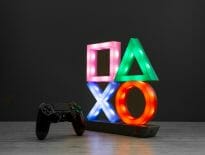