Twitter has not said why. However, a Facebook post from Eric outlines a theory – he used an app to block thousands of followers of a “scumbag serial harasser”.

Twitter is increasingly tough when it comes to terms and conditions breaches and while the social media site initiatively encouraged third-party applications, it now prohibits them.

We can only speculate, but the use of non-Twitter software to block so many accounts likely triggered internal warnings and started an investigation.

I used a chain blocker app (the same one that several people I know have used without issue), because there were a lot of followers to block, and I made a tactical error: I tweeted about the blocking action in advance to give my followers time to unfollow if they didn’t want to be blocked.

I appealed the restriction several times over the course of the last two weeks, getting zero response from Twitter. And two days ago was suddenly suspended without notice.

Lang was one of the first people to step down as a guest of Origins TV this year after the group failed to make a Black Lives Matter statement. The online convention was later cancelled as other special guests followed suit.

In fact, Eric has been forthright about this experiences as a black man in the world of gaming.

Poor Eric clearly had a rough life making it to the top in his field. Such hardship and racism.

So because he made it to the top of his field he must not have faced any adversity? I don’t understand this logic. Poor Matt, an armchair Internet quarterback who drops such knowledge and not a soul to hear it 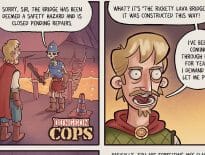 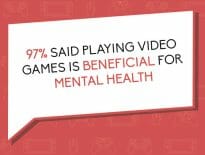