You are here: Home / Games / Tabletop & RPGs / White Wolf just told the alt-right to f*ck off 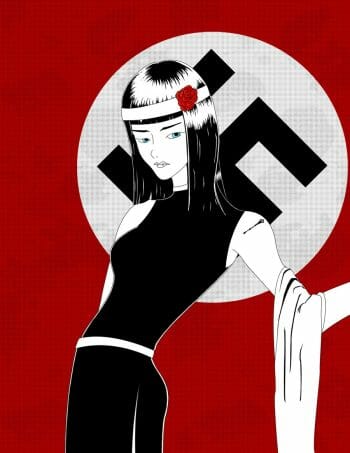 White Wolf has been riding a rough PR storm of late. Problems started when they announced Zak Sabbath was a writer on Vampire: the Masquerade. Sabbath divides people; he has some very loyal fans (some of whom may have crossed lines while defending him) while others accuse him of manipulative and hateful harassment. It’s worth noting that controversial authors and consultants have been appointed by other RPG publishers, including Wizards of the Coast for Dungeons & Dragons, and that White Wolf subsequentially investigated Sabbath and did not conclude he should be removed from the project.

However, the spotlight was firmly on the company.

Some fans raised concerns based on some of the content in the free to download Vampire: tM 5e preview. These concerns ranged from the use of ‘Triggered’ to describe a Brujah discipline to suggestions that pro-Nazi symbols and other dog whistles had been hidden in plain sight in the book.

It won’t surprise you know that the debate got heated, quickly. I suspect it won’t surprise you to discover that in-game and out-of-game was sometimes getting blurred by some of the loudest voices in the debate. For example, a vampire who happens to be a Nazi is an in-game/in-world situation. Whereas, a publisher hiding pro-Nazi numbers in game mechanic examples in a real-world/out-of-game issue.

White Wolf, I think, did the right thing. First, they published a clear rebuttal that they have any neo-Nazi sympathies and then they ran an hour-long Twitch stream to take questions and answers from a concerned audience.

That Twitch stream has just finished. It is my hope that White Wolf and/or Paradox (their owners) will make the video public later. What follows is a brief write up of my hurried notes.

On camera was Jason Carl, the Producer of the 5th edition of Vampire: the Masquerade. He was taking questions in real time and, I think, answering them directly and clearly. He did well. 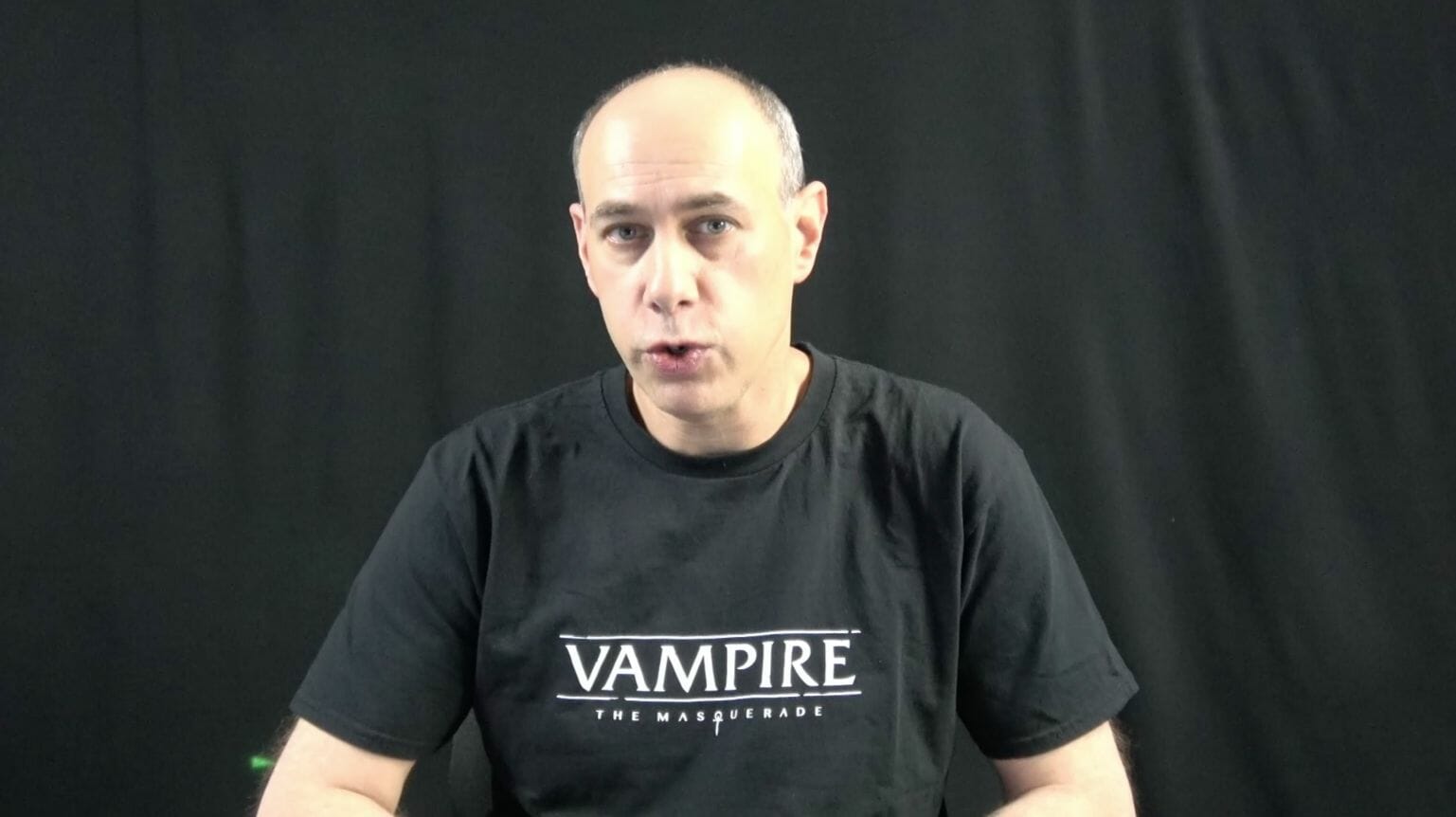 One fan, ‘vonigner’, put a blunt ultimatum to him.

Will you openly tell the “fuck SJWs sensitivities” alt-righters and neo-nazis who have been using RPGs as a recruiting grounds since Age of Conan that the WOD is NOT for them ?”

Jason Carl and White Wolf did so. He began by explaining that both vampires and Nazis are monsters. He noted that including some (brief) neo-Nazi references in the game are examples of types of vampires people might encounter and not endorsements.

In fact, he went further than that. If you’re part of a hate group like the neo-nazis then they don’t want your money. You’re not even welcome in the community.

But Carl admits they made mistakes.

The ‘1488’ example in the mechanics was a mistake which made them upset. The numbers have been changed and when the dog whistle was called out the preview was removed from their site.

Other mistakes include the use of ‘triggered’ with the Brujah. Carl says that it was an error, another one that made them feel bad, and they’ve learnt that some people use it a pejorative while others encounter it in very real and important mental health sessions. It has been removed.

What about the left?

Another user, BasileosAlexios, tried to flip the question, asking;

Jason will you disavoew Antifa and other segregationist left wing movements just the same as you disavoewed right wing hate movements or not, that’s a simple question

Carl disagreed it was a simple question and refused to tackle it as such. However, he was unequivocal in that White Wolf and the Vampire team would reject and oppose any group that used hate speech and promoted an agenda of hatred.

What will White Wolf do differently?

White Wolf via Carl has acknowledged that they want to be more global and representative. The strong suggestion was made that license partners might well be making global sourcebooks.

The company wants to be more aware and respectful of a diverse audience including transgender community.

In the future playtest periods will be longer and use a broader audience.

You can follow White Wolf and look for the video archive of this conversation at Twitch TV.

Update: White Wolf have released the video of the Q&A.

Image credit: Edouard-Georges Emonet of a Vampire: The Masquerade character called Ingrid Babelheinseil. Ingrid is the puppet Prince of a Nazi vampire. Emonet stresses how much he hates the Nazis. The picture is released under Creative Commons.

What do you do as a DM when you realise you’ve made a terrible call?

We’re only human and sometimes we make mistakes. DMs might muddle up initiative order or something just as easy but more serious like forget to act as a helpful NPC or confuse the effects of aggressive magic. It happens. As a rule players are generally good at coping when the DM fesses up to a […]

White Wolf just told the alt-right to f*ck off

Art 8 more dazzling Kyonghiwan Kim fantasy portraits
💰 Copper Coins 💰 Geek Native is an affiliate and may earn commission on purchases you make from third-party sites.
🍪 Privacy & Cookies 🍪 The site uses cookies to survive. By accessing the site, you agree to use your browser to control cookie use or take 1d4-3 privacy damage (tracking). If you defeat cookies via ad blocking, please consider the Patreon. An intro to cookies, and how to control them, can be found here. I Manage Cookies