Indie publisher Sons of the Singularity ran a successful Kickstarter for a GUMSHOE and Call of Cthulhu adventures called The Sassoon Files. All was going well until the official inspector who checks the books leaving all Chinese factories decided that the fantasy horror was not suitably respectful of Chinese history. On their orders; the whole print run was immediately burnt.

Quite a setback for the Sons of the Singularity, but they persisted, and Geek Native even ended up reivewing a PDF copy. Putting aside concerns that sinister cultists might have had an active hand in China’s past, The Sassoon Files shaped up to be a good collection.

Now, in association with Chaosium, the Sons of Singularity are back on Kickstarter with a set of Call of Cthulhu scenarios called Journal d’Indochine. They asked for $5,000 for the campaign, today, with 25 days still on the clock, tabletop fans have given them nearly $20,000. They’ll be printing in America this time, and you can see the campaign progress on their project page.

This collection of horror and intrigue is set in French Indochina, an area that will become known as Vietnam.

In the first half of the 20th century, foreign imperialists struggled to maintain their control in French Indochina. They weren’t welcome. There’s also the growth of a strange religious movement around an unfathomable God, militias spurred on by a prophecy, gangs warring for territory and student revolutionaries spreading the political views that promise utopia for downtrodden workers.

Journal d’Indochine provides 200+ pages for this setting, that’s 4 out of the box scenarios and each one crafted differently. One is a campaign, one a sandbox, one a dungeon crawl and the other all about intrigue and betrayal mechanics.

A pledge of $18 will get you the PDF copy (via DTRPG) while $38 gets you a physical copy. How the physical copy is made depends on what stretch goals are reached, the default is DTRPG print on demand, but American and European printers are on standby in case the $22, 000 R’leyh stretch goal is hit. At the current run rate, that’s a sure thing.

If you want a copy of The Sassoon Files book, one made after the burning, then step up to $70. However, that tier is limited and selling quickly so be quick.

Journal d’Indochine: The Cthulhu adventure China burned gets a sequel 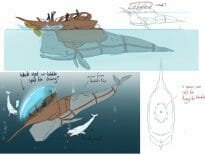 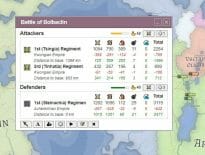