You are here: Home / Games / Tabletop & RPGs / The Chinese government just burned every copy of this Cthulhu Kickstarter

The Sassoon Files is a Cthulhu mythos set of tabletop RPG scenarios and campaign world set in 1920s Shanghai. It raised nearly $25k on Kickstarter with more than 500 gamers deciding to back the project from the small indie publisher Sons of Singularity.

Backers will now have to wait for their books to arrive. The good news is that Sons of Singularity has been refunded.

Why did the Chinese government destroy The Sassoon Files?

A government official is required to inspect all books printed in China, even if they’re for export only. On this occasion, the official did not like the content in the scenario and ordered that the entire run immediately destroyed.

Some topics are sensitive in China. Time travel is banned in China, for example, because the government is not keen on reincarnation.

In the past a Chinese official has been quoted saying;

…. casually make up myths, have monstrous and weird plots, use absurd tactics, and even promote feudalism, superstition, fatalism and reincarnation.” “Producers and writers are treating serious history in a frivolous way, which should by no means be encouraged anymore.”

It seems likely that this official decided that the 1920s Cthulhu adventures did involve casually made-up myths, weird plots and treated history in a frivolous way.

What next for the Sons of Singularity?

This little publisher has its money back, but not all the time spent on the project so far and I am sure they are out of pocket. They are currently looking for a printer outside China to get the book made. It may be a challenge to find a company who can meet the usually very competitive Chinese prices.

This unfortunate incident feels like a warning shot across the RPG publishing industry’s bows. Publishers may think twice before taking alternative history stories to China for printing.

Gamers may want to keep their eyes open for any future Sons of Singularity Kickstarters as a next chance to support the indie publisher.

I’m glad I live somewhere where there isn’t this kind of censorship.

The Chinese government just burned every copy of this Cthulhu Kickstarter 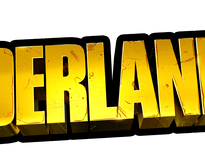 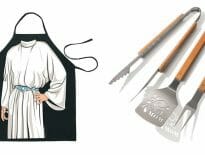