I first heard of The Sassoon Files after a censorship officer at the Chinese printers ordered every last copy of the book to be burned. The problem? According to the official, this collection of Cthulhu adventures was disrespectful to China’s past.

These adventures are developed from the long-term campaigns of roleplayers living in the People’s Republic of China. The authors are all part of the Chinese RPG gaming community.

So, why did the Chinese official decide that The Sassoon Files broke the rules had would need to be destroyed? I think the reasons are two-fold and both are valid considerations if you’re tempted to buy the supplement to assist your Cthulhu RPGs.

The first reason is history and the second is cosmic horror.

The Sassoon Files is rich in history. The opening pages grab you by the shoulders and pull you through a whirlwind tour of Chinese history. It feels brutal due to the brevity. We leap from war to war, disaster to drama, to failing empires, drugs and corruption.

I don’t think it makes China sound like an unusually awful place, or bad people, the tour simply highlights the momentous events that have taken place in the country, but if I was being paid to be defensive about Chinese history, then I might not appreciate it. As a European, this flash through Chinese history did not leave me feeling proud. As a gamer, as someone tempted to run Cthulhu adventures in an alternative 1920s China, the quickfire history lesson is a necessary requirement. By better understanding what’s going on, why there are Europeans and Americans to encounter, for example, I can run a better game.

Here’s what the DriveThruRPG page for the supplement says about Chinese history;

The Sassoon Files includes the history of Shanghai and some of the primary factions that competed for influence and power: the Communists and Nationalists who played a game of deadly cat and mouse; the Jewish tycoon who provided succor to refugees; the Triad societies who competed to provide vice for the city’s residents; the Japanese who were moving closer to invasion. The Sassoon Files also explores the secret history of the Mythos, and the local factions who sought to exploit that which could not be fully comprehended.

The second reason is cosmic horror. In this Cthulhu and so there are monsters and magic. Previously, on Geek Native, we’ve covered how the Chinese authorities there have banned time travel, made up myths, fatalism and reincarnation. The Cthulhu mythos is full of these things. The Sassoon Files is precisely what you’d hope it to be as a historic Cthulhu investigation as you may discover that critical events in Chinese history may actually have been influenced by cosmic powers. Good gamers, bad for censors.

Two different RPGs can use The Sassoon Files. It is not a standalone RPG. You can use this supplement with the 7th edition of Call of Cthulhu and with GUMSHOE. It’s not mentioned by name, I presume due to licensing, but Pelgrane’s Trail of Cthulhu is the GUMSHOE RPG that springs to mind. The supplement goes as far as putting in two sets of stats or mechanics as required. Call of Cthulhu rules is written in Magenta (or a dark red of lifeblood) and the GUMSHOE rules in standard black.

The centrepiece of the four investigations is Victor Sassoon. Sassoon knows about the Cthulhu mythos and, to a degree, fights to keep Shanghai safe from otherworldly corruption, but he also has his own trading empire to protect. He’s the NPC used to get the characters involved in the drama. Gaming tradition dedicates at least one or more of your will take an instant dislike to him, but that’s a challenge GMs are familiar with.

I respect the planning that’s gone into each of the four scenarios in the book. There are optional and alternative characters and events for each. Why? Because players are unpredictable and GMs need plan A, plan B and sometimes plan C to deal with that. An essential aspect of Trail of Cthulhu, Pelgrane’s GUMSHOE core Cthulhu set, is about not letting investigations stutter to a halt when players don’t find the clues they need. The Sassoon Files are written so well that dry and clueless studies seem unlikely.

You can play the adventures as one-offs, splice them into your own creations or chain them together as a single Sassoon campaign. Each story feels Cthulhu to me, and none of them feels as if they could have been set anywhere else in the world other than China.

In addition to those four adventures (“Strange Gates, Hidden Demons”, “Let Sleeping Dogs Lie”, “There is This One Girl”, “Curse of the Peacock’s Eye”) there are overlapping and common elements. Factions such as locals, communists and various gangs exist. I think The Sassoon Files makes excellent use of these groups of people. The book offers up backgrounds, motivations and rules for each.

I think The Sassoon Files is a healthy addition to any Cthulhu narrator’s bookshelf. I’ve only a few grumbles. The aspect I’m least settled on is the use of art and photography in the book. On the one hand, the photography shows what 1920s China actually looked like. On the other hand, I’m far from convinced I want photography in my RPGs where I’m trying to invoke the theatre of the mind. I’m not convinced that the photographs and illustrations sit well next to each other.

The game has been out for a few weeks at and is already a Copper best seller which is a sign that I’m not the only Cthulhu gamer who likes the book. 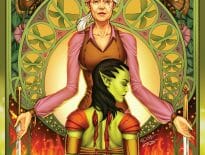 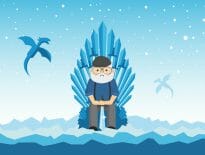