You are here: Home / Games / Tabletop & RPGs / Free to Download: In the Face of Death preview

Palladium Books the RPG publisher behind games like RIFTS and Beyond the Supernatural has given DriveThruRPG a generous and free preview of In the Face of Death.

The In the Face of Death preview serves up the first 50 or so pages of the 160-page book.

The goal of the supplement is to avoid zombie apocalypses becoming boring. The argument is that hiding in an attic apartment, staying as quiet as you can while salvaging from the city becomes repetitive quickly. So, In the Face of Death starts off by rethinking the zombie apocalypse and starting that it’s time to fight back.

In the full book, there will be resources, defences, traps and urban homesteads and a section for looking at life on rooftops of what the heart of the city post-zombie outbreak will look like.

There are city survival tactics, parkour and other skills introduced along with new O.C.C.s (character classes) like Rat Runner and Urban Explorer along with rules for kids of O.C.C.s.

Perhaps touching on some popular zombie franchises, In the Face of Death introduce “Heroic Masked Lunatics” as a new type of hero, but also new predators such as Skinners, Flesh Peddlers and Gutte Rats.

Over 100 adventure hooks are included, death cults and even a dungeon crawl-style exploration approach for dealing with ruins.

Free to Download: In the Face of Death preview 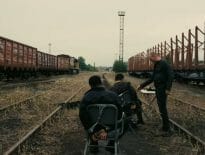 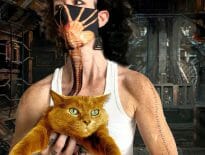 Geek Stuff Enjoy freaking people out with this facehugger fac…
wpDiscuzComment Author Info
Manage Cookie Consent
This site uses cookies 🍪, and links are ads that may earn bloggers some money 💰, and with this alert, I very much hope that these dark truths 🧌 are acknowledged.
Manage options Manage services Manage vendors Read more about these purposes
Preferences
{title} {title} {title}
Loading Comments...