Free League Publishing is busy taking over the world. They’ve signed a deal with Game Designers’ Workshop and Amargosa Press to Kickstart and then, if successful, publish a new Twilight: 2000 RPG.

Twilight: 2000 was first published back in 1984 and was set in the aftermath of World War III. In the game, NATO and the Warsaw Pact fought a prolonged but convention war that went briefly nuclear.

A brief nuclear war is all you need to end the world. Characters are among the few survivors and usually a military unit somewhere in Central Europe.

Free League will now publish the 4th edition but have said they will go back to the roots of the game, with some changes, including providing a boxed set.

The first edition of Twilight: 2000 was an iconic game for me back in the ’80s, and we are humbled and honored to work with Marc Miller and Game Designers’ Workshop to bring a new edition to life. The original game was really ahead of its time. Our goal is to build on the amazing sandbox survival gameplay and develop it further, making it more accessible using the tools of modern game design,”

When I saw this proposal to revisit the Twilight universe, I signed on immediately. As I have seen the work proceed, I have not been disappointed, and I look forward to seeing this project become reality,”

There are other partners involved. In the project are Amargosa Press (Dark Conspiracy 4e), the Polish RPG publisher Black Monk and Far Future Enterprises (Traveller 5e).

Tomas Härenstam’s design creds are sparkling now with games like the Alien RPG, Forbidden Lands and Mutant: Year Zero attached. Chris Lites (Conan, Over the Edge) will work on setting and writing with Angus Abranson (Doctor Who, The One Ring) will edit.

Twilight: 2000 was a favorite of ours at school in the ’80s, with many a lunch hour spent salvaging what we could as we traveled across the ruins of Europe trying to survive. I’m honored to be involved in a new edition, and being able to work with the Free League is a fantastic bonus!”

The Kickstarter is due in August with the game expected out the following year. 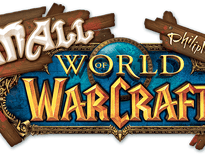 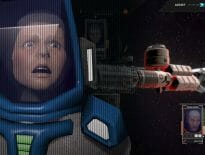