This is Audio EXP for the 28th of March 2020, and the title of this episode is ‘RPG news, tanks and zombies’.

[The following is a transcript of Audio EXP: #37]

It’s been a week since we last talked. Only a week but it feels like a week in which almost anything could have happened.

I hope you and yours are well.

Let’s talk about the spread of Cthulhu. That is to say, Call of Cthulhu publisher Chaosium have released an SRD of their Basic Roleplaying system along with an OGL.

Lots of letters, but simply put these are rules that let you use the Basic Roleplaying rules engine in a roleplaying game of your own creation. You can then sell that game for profit and fame.

Dungeons & Dragons already works in a similar way. However, Chaosium’s rules are different from Wizards of the Coast so if you are a game designer and are tempted to create something for the Basic Roleplaying System, then it’s worth reading the fine print.

There’s been plenty of freebies this week, again, as publishers do what they can for fans during the lockdown. I’m going to list a few that Geek Native picked up in just a minute.

First, though, I think it’s safe to say that many publishers are struggling right now. You won’t be surprised to know that logistics companies like Diamond and Alliance Game Distributors have suspended operations. Even if you live in a part of of the world without a lockdown and your local store is open, then they’re not getting any new games or comic books.

Money is scary for everyone, but, if you can, now is the time to support publishers you like. Consider buying vouchers or digital products from them.

I hope that wasn’t too preachy. A shoutout for the industry during a global crisis felt like the very least I could do.

I know it’s tricky. Here in the UK, the National Videogame Museum is in danger of closing down. It’s only a year old as a charity so has no grants. It relies entirely on patrons and visitors, and it’s not getting any visitors during the lockdown.

I fully understand why people are sceptical, or even affronted, by the idea of a games museum asking for money. But I also understand that cultural centres like don’t survive unless they ask for money and hustle to get it. There’s a crowdfunding campaign to keep it alive. Right now, it’s 20% of the way there, and that means it needs to find another £65,000 to survive.

There’s one causality to report already, sadly. That’s Tabletop Events. This was a website and a company that helped with the logistics of running a gaming convention. Yeah, I know, this is an awful time to be in the gaming convention business, and Tabletop Events was already struggling. They’ve decided they can’t weather the storm.

Let’s turn to better news then and get on with those freebies.

Starting with a catchy name; Apocalypse Prevention, Inc 2nd edition is now a Pay What You Want title on DriveThruRPG. It’s over 200-pages long and gives me a Hellboy feeling. You play as humans, or monsters, protecting the Earth.

Third Eye Games have said this means people can pay $0 for the download. I like to think Pay What You Want is not the same as free.

Got kids? The bestselling Amazing Tales now has a free quickstart. This is an RPG designed especially for young kids as a family-friendly game. Along with the free quickstart, the designer Martin Lloyd has also released several free to download one-page adventures.

No dice? Need a game that doesn’t look like D&D so your flatmates will play? Suited from Escape Box Games is now free too, or rather, a Suited RPG bundle is free which has lots of supplements and guides for the game. As the name implies; you use playing cards rather than dice to resolve situations.

Got a copy of Warhammer? It’s worth noting that Cubicle 7 has two free Warhammer adventures on DriveThruRPG.

If you’ve found yourself dabbling with virtual tabletop software and in need of maps and tokens then there are two bundles of battle maps and monster or character tokens shared on the blog this week. You can find links to them in the transcript, or you visit Geek Native.com and browse through the free to download tag collection.

Scythe is one of the most highly rated board games out there, and designer James Stegmaier has released a free game this week. It’s called Nine Worlds and you play it over video chat with friends. It’s all about rolling dice and filling in squares together.

CMON, once known as Cool Mini Or Not and now a big board game publisher, has also released a free to download board game. In this case, it’s the out of print XenoShyft. That’s a generous move, but the one catch is you’ll need a robust printer and plenty of colour ink if you’re going to print out all the parts of the game.

One more bit of RPG news to mention. That’s a change to the metal badges at OneBookShelf. You know the ones; gold bestseller, or platinum bestseller, that you see on sites like DM’s Guild or DriveThruRPG.

Now games have to be bought for at least 20 cents before they can enter the rankings. I don’t think this is OneBookShelf annoyed that their ranking system is being messed up by all the generous freebies that are being offered during the Covid-19 crisis. I believe this change has been a long time coming.

Another change is that it doesn’t matter which site the purchase was made; it still counts. For example, you can buy the old D&D beginners box at both DriveThruRPG and DM’s Guild. It doesn’t matter where you download it from, the download still helps the product climb into the adamantine bestseller category on both sites.

From elsewhere in the wide world of geek culture comes the news that still popular World of Tanks online computer game is getting a board game. Gale Force 9 is in the driving seat and the starter set comes with four cool looking and fully assembled tank minis.

The anime Re:ZERO is getting a second season at Crunchyroll.

Re:ZERO is one of those animes in which the geek finds himself in a gaming world. It wasn’t the first, but it’s one of my favourites.

Usually, in this genre, the main character plays on his geeky skills to become the hero the world needs. In Re:ZERO the focus is that often he dies, but starts again, having to replay through all the hardship – physical or emotional – trying to steer events to a better outcome.

Frankly, it can be a bit brutal at times.

I’m looking forward to the series starting back up in July.

Another series I’m looking forward to is the return of Bleach.

The manga is one of the most popular ever but the anime never finished. It sort of found a finishing point after a big battle but left a lot of the plot unresolved.

The new series is going to pick up at the Thousand-Year Blood War, but I’ve not read the manga so can’t tell you much about it.

In Western comics, Vault has a new series coming out. It’s called Vampire: The Masquerade and is an official World of Darkness series.

Furthermore, each issue of the comic will have exclusive fifth edition Vampire rules and stats from Modiphius. I imagine that may be slightly frustrating if you’re a completest, that you like to have all the available rules for your RPGs, but don’t fancy collecting comics. Other than that, though, I hope this is a fairly light and enjoyable touch. You’ll likely get to see the stats for vampires and monsters encountered in the series.

Sticking with the undead as we begin to wrap up this episode, Geek Native shared a short video called Zoe last night. It’s about five minutes long, bloody and messy. It’s a zombie flick. Don’t watch if you are squeamish.

I think it’s terrific. The make-up, the acting and the filming is top-notch. It’s won loads of awards but has only been on YouTube for a few days.

If you’re bored, trapped inside, then, it might be a welcome distraction.

Over the years, Geek Native has discovered and shared hundreds of short films. This week I did two things; I took out or replaced those videos which had been withdrawn from free public consumption since being blogged out, and I linked all the others together.

At the bottom of every short film post, before the comments, you’ll see a grey box. In that box, there’s an orange teleport link. Click that, and you’ll randomly load up another short film. In case it’s a scary zombie film, it won’t autoplay, but if you want you can now play short film roulette on Geek Native and be curious enough to watch whatever random selection you’re given. Or you can challenge a friend to do the same.

On that note, let’s call it a wrap. Keep safe and see you next week. 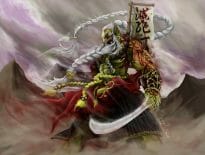 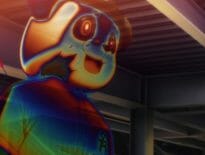 Anime Irregular Reconnaissance: Anime #60
💰 Copper Coins 💰 Geek Native is an affiliate and may earn commission on purchases you make from third-party sites.
🍪 Privacy & Cookies 🍪 The site uses cookies to survive. By accessing the site, you agree to use your browser to control cookie use or take 1d4-3 privacy damage (tracking). If you defeat cookies via ad blocking, please consider the Patreon. An intro to cookies, and how to control them, can be found here. I Manage Cookies