It’s the 60th episode of Irregular Reconnaissance: Anime, and as the scouts come back with their reports, much of the world is in lockdown.

As a result, some of us have more time to watch anime, whereas others, like myself, have less. Platforms are reducing bandwidth to cope with the strain on the internet. It’s a strange time to be an anime fan, but it’s an odd time for everyone.

Regular readers of Irregular have probably skipped this introduction and jumped down to the mini-reviews below. Let’s safely take this space to explain the point of the article.

Irregular Reconnaissance is all about saving you time. You’ll find five short, punchy and spoiler light reviews here that end with a recommendation as to whether an anime series (or the occasional film) is worth your time. As a rule, sometimes broken, a series gets three episodes under its belt before those initial reviews come in.

A new title in Crunchyroll’s growing catalogue and one that gets off to a strange start. It begins with someone out playing a game on their smartphone, but it’s not Pokemon Go.

Darwin’s Game is far more deadly. A message for help goes unanswered and then an invisible assailant attacks, murdering the hapless player.

I’m three episodes in and still discovering the rules of the game. It’s vast and complex. The world outside the game looks normal, but whoever is running it has incredible, likely supernatural power.

We’re still meeting characters who’ll join the team, I suspect, and so it’s a bit early to call the series, but it looks promising. I’m enjoying it and eager to watch more.

I’m halfway through In/Spectre, and it looks to have been a good purchase for Crunchyroll. The strange thing is the decidedly average views it is getting on the platform. I think it’s much better than that.

There are three main characters; Iwanaga Kotoko is a young woman who became the spirits’ goddess of wisdom, Sakuragawa Kuro who (for reasons soon revealed) the spirits are scared off and his ex-fiancee as a cop who has heard rumours of a faceless woman attacking people.

I may be biased. Kotoko is missing an eye and a leg, but you won’t notice until the anime points it out to you as she uses prosthetic placements. She’s intelligent and powerful if perhaps a bit bratty and self-confident. In short, she’s a great representation of a disabled character, and that’s something you rarely see in anime.

In these opening episodes, the audience is introduced to the spirit world, how it works and then the enormous challenge the faceless woman might be. Let’s hope it can carry on as actively.

Status: Above average.
Where: Crunchyroll

I don’t think I’ve watched an anime that chops and changes so much. My journey with the Abandoned Sacred Beasts started off full of hope, then fell into disappointment and then the anime seems to change tone completely.

We switch from monster of the week to a far more exciting story about the fate of kingdoms and the diabolical plans on an ex-solider from the great war.

Much of the focus is taken off the main character, and the story improves as a result.

I think the problem may have been to condense a much larger story into 12 episodes. The ending is both dramatic and unfinished at the same time. There’s even an ending segment that describes what happens in the big picture.

Status: A rollercoaster of hope and disappointment.
Where: Crunchyroll

I only started to watch Carole & Tuesday because it won Best Score at the 7th annual Anime Awards.

There’s no way I would have watched it otherwise. Phew. I’m glad I did.

Yes, Carole & Tuesday is about music, but the editing is perfect, and you don’t have to sit through songs you might not like. Whole singles are brought to life with less than a minute of a song, on occasion, and the music is generally outstanding.

Carole & Tuesday is a sci-fi, set on Mars and where AIs write the music. Carole is an out of work waiter, Tuesday is a runaway. I’m pleased to say Tuesday is the blonde, not some awkward gender-bend of Robison Crusoe’s Friday.

All the characters are lovely, the baddies (such as they are) layered and realistic.

Status: Recommended! Give it a watch.
Where: Netflix

I will admit – I’m hugely surprised. I even had to check I was watching the right anime.

I know JoJo’s Bizarre Adventure is trendy, but I wasn’t much moved by the trailers, didn’t care for the synopsis or like any of the memes.

Whereas I’m only three episodes in and things may change dramatically, I really didn’t be expecting to see a personal story of rivalry, betrayal, awful scumbags and carefully introduced occult powers in a historic English setting.

Status: Above average.
Where: Netflix

Do you agree with the mini-reviews? Let us know in the comments below or whether you have any recommendations of your own. 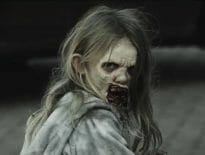