Games like Call of Cthulhu, RuneQuest and SuperWorld from Chaosium use the Basic Roleplaying System (BRP).

Now, your RPG could also use BRP. Chaosium has released a systems reference document which sets out those rules you can include in your own game.

The Open Game License (OGL) explains what is allowed and what is not. Following the rules of the OGL means that you can use the Basic Roleplaying rules engine in your own roleplaying games, sell and earn money from those games, without first needing permission from Chaosium or paying them any royalties.

Gamers familiar with the latest versions of Dungeons & Dragons will know how this works.

There are official D&D products that come from Wizards of the Coast, but there’s also a vast ecosystem of third-party products that use the rules, fit snuggly into a game of D&D but aren’t allowed to describe themselves as D&D. These games often talk about ‘the world’s most popular roleplaying game’ instead, or just use ‘5th edition’.

The OGL for Chaosium’s BRP is different, though. Just because you’ve read and understood Wizards of the Coast’s OGL does not mean you know what Chaosium is asking.

For example, you can’t use BRP if you have sanity mechanics that a very similar to Call of Cthulhu. Those are out of scope. Nor can you use a Glory system similar to King Arthur Pendragon.

It’s extremely misleading to call this an OGL. The publishing community has developed a clear understanding regarding the meaning of “OGL” since WotC published the first one 20 years ago. This tread highlights some (far from all) the concerns with the BRP document: https://twitter.com/hexcrawl/status/1244345077331300356

BRP OGL: Call of Cthulhu can now power your RPG 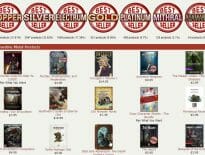 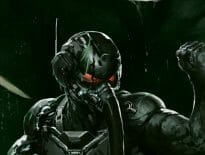 Tabletop & RPGs Free to Download: XenoShyft board game from CMON
wpDiscuzComment Author Info
Manage Cookie Consent
This site uses cookies 🍪, and links are ads that may earn bloggers some money 💰, and with this alert, I very much hope that these dark truths 🧌 are acknowledged.
Manage options Manage services Manage vendors Read more about these purposes
Preferences
{title} {title} {title}
Loading Comments...