GM Binder is a free site that lets you create D&D styled documents and character blocks. In fact, Geek Native featured it in the 4 ways you can make your D&D 5e stat block look like it came from a book article.

World Anvil has both free and subscription tiers and is a worldbuilding toolset and campaign manager for gamers and gamemasters.

GM Binder is in the middle of a very successful Kickstarter. With nearly two weeks still to go, they’ve raised more than $45,000 to add in new features and a pro tier. You can follow progress on the campaign page.

In the latest Kickstarter update, Levi Rosol announced a partnership with World Anvil and he did so by quoting World Anvil’s lead developer Dimitris.

Wouldn’t it be cool if… You were able to get your work from World Anvil sent to GM Binder so you can export it in a beautifully crafted PDF format and publish it in a storable format? Well, I am guessing the answer is “YES””

The partnership is in the early stages. There is nothing coded. The two projects are talking through how to achieve their new goals.

It’s a great idea. It means that World Anvil acts as the world-building HQ and if you ever need to pull up the details of characters and monsters then GM Binder’s magic can be tapped into for instant results. 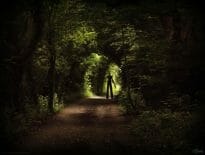 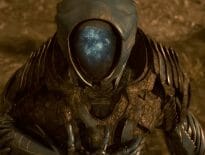