Look out for Doctor Who’s Jenna Coleman in this horror about a young man who starts to see monsters instead of businessmen.

Corporate Monster was written and directed by Ruairi Robinson.

Our suffering worker, fired at the start of the film, is played by Kett Turton. A sign of a good actor is when people are surprised when they discover who else they’ve played. In this case, I was, and Turton has appeared on many occasions as Vampire Steve in iZombie.

The Kaiju Meat Company gets a credit too, you see their name on the fact of the truck filled with horrible meat, but I can’t find any mention of them on the internet that’s not to do with this film. Rebellion Studios also get a mention that’s the same Rebellion who own Judge Dredd and who have been ramping up their own production capabilities.

There’s a definite throwback to John Carpenter’s “They Live” here, and it all feels right and appropriate. The horror isn’t just in the actions of the people involved but how it all feels all too real.

You can discover another short film by using this random teleport link. 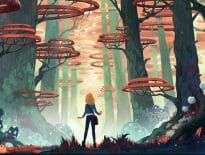 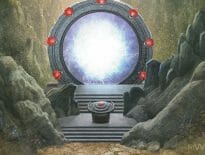