Hyper Light Drifter is a popular indie RPG adventure computer game that manages to be a blend of pixel art and Zelda-like gameplay experience. It’s a cult hit and still a popular game.

Two weeks ago, Metal Weave Games launched an ambitious $50,000 Kickstarter for a tabletop RPG version of it.

It’s an expensive RPG for backers as the PDF will set you back $15 and the two books coming in at $35.

At the time of writing, the project is 3/5th funded, and there’s still three weeks left for backers to get involved.

The release of free playtest rules is a solid move by Metal Weave Games. They’ll give people reassurance that the game is a real thing. Gamers who like what they see might just then be nudged towards hitting the pledge button.

The free playtest can be downloaded from the official Hyper Light Drifter RPG website.

It’s a 50-paged PDF that goes into some of the game’s mechanics, including character generation. You can create a Birdfolk Wielder or a Lizardfolk Versifier and, with the combat rules, do battle.

The playtest booklet is light on art. That’s a mixed blessing as it’ll be the art that drives many backers to get involved, but many pre-release downloads for Kickstarter projects have neither art nor formatting at all.

The tabletop RPG is set in a very different part of the world than the computer game. This is Metal Weave Games’ solution to avoid spoiling or clashing with the cRPG and its alternative endings. 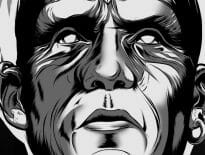 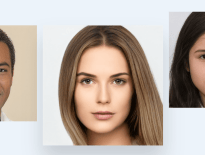