You are here: Home / Geek Stuff / Cool Tech / Free for any use: 100,000 photo-realistic, AI-created, images of your next RPG character

Art is often the expensive part of any RPG so any source of royalty-free photographs and often sought after by publishers. This collection of 100,000 faces is a gold mine.

Update: The success of this project has resulted in new Terms and Conditions being added to it. Their current wording appears to disallow most uses of the photographs, in direct contradiction to their headline “free for any use” claim.

If you’ve engaged in any forum-based roleplaying you might have come across the technique of “face claiming”, too. In play-by-forum post games, players often start by introducing a photograph of their character. Sometimes people use celebs – but others strongly dislike that approach. Others use real, non-famous, people for their character portraits – but others find that icky.

Generated.Photos solves that problem too.

You see, these 100,000 photographs aren’t really photographed at all. They’re works of art. These people aren’t real. They’ve come from the processes of an artificial intelligence.

We are building the next generation of media through the power of AI. Copyrights, distribution rights, and infringement claims will soon be things of the past.

Is there a catch? A tiny one. The team behind the project would like some recognition. A link back to their collection will do.

It is also true that the AI is trying to create life-like photographs as possible. No surprise, then, that we don’t see any orcs, elves or cat-people in the huge archive on Google Drive.

These nameless people are best suited to portraits of contemporary and modern characters. There’s always their dark secrets, perhaps a few are werewolves, and one or two are vampires.

On a more practical side, you’ll notice that these faces all have consistent lighting and consistent sizing and yet have a range of angles and positions.

Most importantly, there’s a change of ages, face shapes, facial expressions and ethnicities.

Free for any use: 100,000 photo-realistic, AI-created, images of your next RPG character 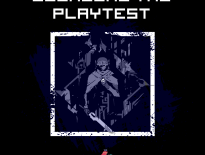 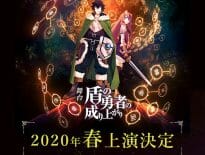 Geek Stuff The Rising of the Shield Hero is being turned into…
wpDiscuzComment Author Info
Loading Comments...