Hyper Light Drifter is a popular indie computer game and was a successful Kickstarter in its own right. The game is a sci-fi RPG that many people say feels like a classic Zelda game.

Now Andreas Walters is hoping to make an official tabletop RPG of it. The target? $50,000. The campaign has just launched, and already $10,000 has been pledged. At the time of writing, there are still 32 days to go. You can follow progress on Kickstarter.

$50 will get you a print copy of the gamebook with a PDF of both the gamebook and setting. You need to find $125 to get print copies of both.

Right now, there are over 100 backers, and a third have gone for the $125 option. The limited $300 tier has run out. This is what the popularity of the game can do.

There’s more information over at HLD-RPG.com and a Discord.

The RPG will stay away from the plot of the game. In fact, due to the open-ended nature of the computer version, Metal Weave Games are creating a whole new continent, and that’s where the tabletop RPG will be based.

It’s a post-apocalyptic, science fantasy world. Outside the few bastions of civilization are the dangerous wilds with loot but monsters, mutants and menacing machines.

It’s an expensive Kickstarter, but it’s setting out to be collectable. Many of the tiers bring the Drifter Starter Box with them. This is a literal box, and it’s shaped like an old SNES game back.

The Drifter Starter Box contains a softcover of the rules, 5d20, The Combat Board, character sheets, 80 beads for tracking energy, Intervention Point tokens and reference sheets.

The print books, if you reach those pledge tiers, are 124 and 164-paged hardbacks.

“This is what the popularity of the game can go.” I feel like there’s a typo there, but can’t tell what.

Also, agreed that this is an expensive KS for what you’re getting. I guess they’re planning to bank on the computer game’s userbase because I can’t imagine a lot of people are ready to jump on board some new RPG at those rates.

Good spot – you’re right – I changed it to “This is what the popularity of the game can do.” 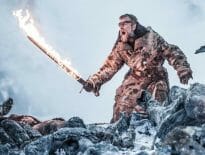 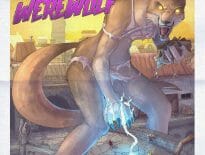