Bat-Monk: The Way of the Bat is a D&D character class supplement available on the Dungeon Masters Guild from the Twitch streamer ActualJake.

Of course, adding Batman to your D&D game may wreck the mood and feel that your DM and fellow players have been working hard to create. If that’s the case, then The Way of the Bat may be more of a look but do not touch sub-class. Don’t assume your DM will allow it.

Those that follow The Way of the Bat are monks who believe in vengeance is justice. Jake says this suits Good aligned characters. There’s a origins table if you want to d6 to see why you have such a drive for vengeance and later on, there’s an equally optional ‘Break Them’ table to help you narrate what happens to zero hit point opponents if your Bat-monk does not believe in killing them.

The ‘no-kill code’ is entirely optional.

Bat-monk has Ki, and this helps explain the supernatural like powers the subclass develops as it levels. Powers like Bat’s Senses, Improved Slow Fall or I Am Fear.

What I’m less keen on is how these seem to be coupled with items; tool belt, cowl and cape. Yeah, I know why they’re there and the logic kind of works but with either my DM or player hat on I see potential troubles if levelling up isn’t useful until certain items appear on the character and I’m certainly not going to have cowls, capes and dozens of smoke bombs appear on the Bat-monk after a fight.

USAopoly will release a Batman Talisman board game

Is it balanced? Is any homebrew found in the DMs Guild balanced? It all depends on your campaign world, your play style and the other characters in the game. I tend to consider most DMs Guild character classes and subclasses to be wrong… it’s just a matter of my ‘wrong fault tolerance’ for any game.

For what you pay I think the Bat-monk is worth it. It’s a blast and does an excellent job at putting Batman into your D&D world. If that’s not what you want, then I don’t even know why you considered the sub-class in the place.

Do you think most Dungeon Masters Guild subclass and class supplements tend to overpowered, underpowered or just about right? Let us know in the comments below or sneak slyly off to another Superhero Week post. 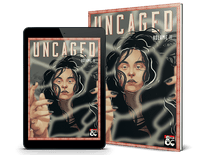 Tabletop & RPGs The sequel to the Mithral best-seller Uncaged D… 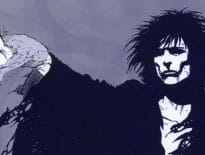