You are here: Home / TV / Netflix’s Sandman series will be DC’s most expensive TV program

Starz has made a success of Neil Gaiman’s American Gods and Amazon of Good Omens. Netflix picked up Lucifer season 4, and the show has become their binge hit of the year.

You can see why Netflix would be happy to bet big with Neil Gaiman’s most famous comic. They’ve done a deal with Warner Bros TV and DC Entertainment to do a Sandman series, according to Hollywood Reporter.

The names attached to the project are incredible. David Goyer (the Dark Knight trilogy) will produce alongside Gamain. Allan Heinberg (Wonder Woman, Grey’s Anatomy) will be the showrunner and writer.

Gaiman has been trying to make a live action version of the show for years. New Line had Eric Heisserer on the project but years ago, he told io9 that he wasn’t involved any more and he thought a series would be better.

I … came to the conclusion that the best version of this property exists as an HBO series or limited series, not as a feature film, not even as a trilogy. The structure of the feature film really doesn’t mesh with this. So I went back and said here’s the work that I’ve done. This isn’t where it should be. It needs to go to TV.”

Hollywood Reporter’s sources are saying that this will be the most expensive TV series that DC Entertainment has ever done.

Gaiman made Sandman and the Endless (Destiny, Death, Destruction, Despair, Desire, Delirium, Dream) famous, but the characters were created by Joe Simon and Jack Kirby. The success Gaiman had with the story of Morpheus, Lord of the Dreaming, was enough to carry the comic art through 75 issues, fro 1989 to 1996.

Do you think Sandman can be told in a live action show? Can DC get this one right? 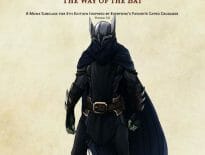 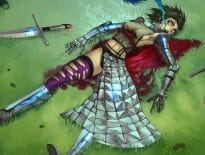