You are here: Home / Games / Mobile / Ingress sub-factions could turn politics and plot into gameplay

I’m fond of the augmented reality game Ingress, recently suggested some shard alternatives even though they may well be controversial or dismissible and expressed my concerns about the Resistance plot.

I think those Resistance concerns have been validated. Since the original box post more plot politics have been revealed. We now know that Resistance founder, Ezekiel Calvin, has been working with an alien force all along.

With both factions willing to work in conjunction with aliens to achieve their goals what is the difference between the two?

I think sub-factions within the Enlightened and Resistance can be used to make the storyline more gameplay impactful for players, rebuild the Resistance identity, help get extra oomph from missions and the cell score timer.

I’m not proposing agents get to switch factions any more easily than they can now. I appreciate the divide is deeply coded. However, part of the appeal of the plot is to see where the NPCs throw their allegiance and how that tips the balance of power. I think sub-factions change, within the parent faction, should be a standard part of Ingress 2.0 play, controversially, as a paid option as it should never affect game balance.

I’d like to start with a simple view of sub-factions and then add complexity.

The basis for sub-factions is that there are different figureheads within each faction to which agents align too. For the Resistance they could be Zeke, ADA and Jahan. For the Enlightened they could be Jarvis, The Acolyte and Hank Johnston.

These sub-factions take turns at being in ascendency, one from the Enlightened and one from the Resistance, at any given time. This position of power brings with it a small game play perk, like 10% extra in Power Cubes, and lasts for a cell score cycle.

Think of it as a time when the XM layer is particularly well tuned to the faction. The large number of mysteries in Ingress plot allow such quirks to be inserted easily into gameplay. It has happened often.

You can visualise ascendancy as a clock face (due to my lack of art skills; a very badly drawn clock face) which selects one ENL and one Res perk at a time. 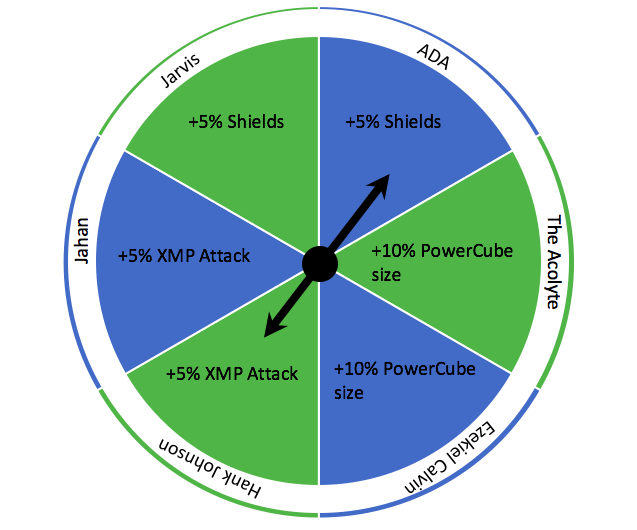 If you play Ingress would you pick your sub-faction based on the NPC and what they stand for or on the perk they currently offer?

One immediate twist is that plot events may change the perk the sub-faction has. For example, perhaps the aggressive Jahan is able to grant her followers +5% to XMP Burster damage but if she is able to unlock the Ultimate and use it as a weapon that becomes +7%.

Game balance is maintained by ensuring Enlightened players have a sub-faction they can move to with the same bonus. If Jahan secures the Ultimate then Hank is proven right, that the Acolyte has been reckless with the Obsidian shield, and empowers the angry 13Magnus thusly which results in them enjoying +7% today XMP damage. In that scenario the Acolyte may lose followers as agents switch from her to Hank’s faction.

Some agents may change their sub-faction often as they chase their favourite perk. I suggest that is no bad thing, it keeps them involved and as an added complexity the game could recognise loyalty or frequent switches through badges or even sub-faction levels.

In the future Niantic could introduce new items which only members of certain sub-factions could use.

If sub-factions are added to Ingress 2.0 I’d recommend a few more nuances. There are more than just significant NPCs in the game there are also multi-national companies who are not closely allied to either faction but are deeply embedded into the game.

These should be added as sub-factions that agents of either core faction can join. In other words Hulong can have both Resistance and Enlightened agents working for it.

This helps maintain game balance as it evens player choice and gives Niantic a way to balance out the perks.

On our Ingress “clock face” we can see how this would look. It would mean the percentage of times popular sub-factions are dominant for is reduced. 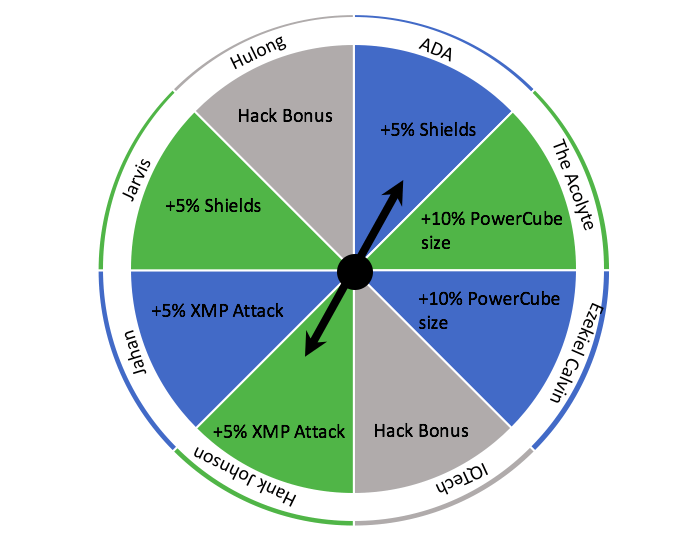 The anomalies will play a significant role in redrawing which perks sub-factions can offer. These big events could even influence the frequency in which sub-factions are dominant for. Imagine a Jahan victory for Aegis Nova. The “clock face” could change temporarily for the next two months.

Another nice extension for Ingress 2.0 is to tie the successful completion of missions to the perks the sub-factions can provide.

At the start of each sub-faction ascendency there is a new total mission goal. Hitting this collective total means the maximum perk is unlocked for the next time the sub-faction ascends and agents have until then to achieve it.

Crucially, goals are relative to the number of active agents in the sub-faction. Not only does this ensure more popular sub-factions don’t have an unfair advantage it means defections to and from the sub-faction make it easier or harder for the collective goal to be net.

Imagine if the sub-factions were issued with Anomaly related side-quests? Would the faction strategy hold together or would there be some last minute, on the scene, revisions?

Could the big NPCs change sides?

It would be equally possible for Niantic to decide this would never happen. After all, ADA might like to integrate herself into a powerful alien substrate but that certainly doesn’t mean she would join forces with Jarvis.

In the case of a big NPC switching factions the sub-faction they previously represented would dissolve. Agents in it would receive push notifications to pick a new sub-faction and would be randomly assigned if they didn’t. This approach keeps the sub-faction approach purely opt-in, allowing players to concentrate on the aspects of Ingress they enjoy the most without ever needing to worry about sub-factions.

Key to the sub-factions is Niantic’s ability and skill at changing the advantages on offer. Anomalies and plot events should change the bonus the sub-faction can expect. This gives players a reason to care and a reason to update their faction.

In the last mock-up of the sub-faction clock I had the corporations Hulong or IQTech offering hack bonuses. It should be easy to imagine hacker taking down IQTech and that company being replaced by another on the clock. As as the case with a NPC changing sides that should trigger push notifications to persuade agents to update their details. Or perhaps IQTech scores a major victory as Enlightened and Resistance agents loyal to it do very well in missions. The result? It offers both a Hack Bonus and +1% PowerCube size.

I’m not proposing a change to the Comms GUI in the scanner app as I think it is busy enough already. However, Intel could be expanded to show how close the sub-factions are to reaching their Mission Goals.

Communities will grow up around the sub-factions. We will see new global and local G+ pages and communities, Facebook and perhaps even Twitter accounts and sub-reddits too. This will give players more avenues to make friends, keep their interest in the game going and swap ideas.

Wrapping it all up

A crucial feature of this sub-faction deal is that players can ignore it if they want. No extra effort is required.

The sub-factions allow slight modifiers to be released into the game, those modifiers reached by joining the sub-faction of your choice and improved by doing well for that sub-faction.

Game balance is maintained by ensuring that the ‘clockface’ is equally balanced between RES and ENL – although short term imbalances seem acceptable on the back of big victories.

"Smoke me a kipper, I'll be back for breakfast!"
Mobile

Ingress sub-factions could turn politics and plot into gameplay 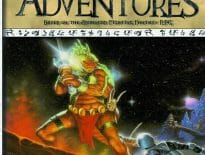 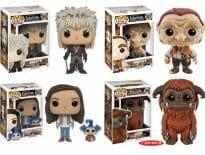 Geek Stuff Where can you get the Labyrinth POP figures?
wpDiscuzComment Author Info
Manage Cookie Consent
This site uses cookies 🍪, and links are ads that may earn bloggers some money 💰, and with this alert, I very much hope that these dark truths 🧌 are acknowledged.
Manage options Manage services Manage vendors Read more about these purposes
Preferences
{title} {title} {title}
Loading Comments...