You are here: Home / TV / Online Shows / The Runaway: The BBC release a VR Doctor Who experience

Released via the BBC VR App as well as the Oculus Store and Vive Port, Doctor Who: The Runaway is a virtual reality experience that takes fans inside the TARDIS.

An animated Thirteenth Doctor, voiced by Jodie Whittaker herself, welcomes and recruits viewers. The VR experience then becomes a race against time to get a strange, and possibly dangerous, creature called Volta back to the right planet.

Doctor Who: The Runaway is available immediately for UK audiences and will be made available internationally later.

There are two versions to download. There’s the immersive interactive version if your device supports it which you can find at the Oculus Store or Vive Port. That will run for about 13 minutes. Otherwise, there’s a 360 degree video version for the GearVR and Oculus Go, which runs for 11 minutes, that can be accessed via the BBC VR App.

The Runaway: The BBC release a VR Doctor Who experience 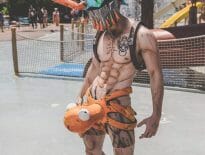 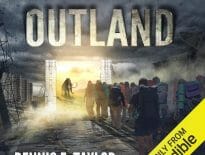