Comic Con London runs May 24th to 26th this month, it will be packed with geeks, cosplayers, celebs and comic book fans.

NBCUniversal and SYFY UK will be there with a VR experience and the end of the world. Created in conjunction with Digital Domain, a special effects company that has worked on Ready Player One, Avengers: Infinity War and The Curious Case of Benjamin Button, Eleven Eleven is 11 minutes and 11 seconds of virtual reality story before an extinction-level event.

Players in the VR pod at Comic Con will have the ability to control what they see, following a group of interconnected characters with their own stories. In all, there are 90 minutes of content in the Eleven Eleven story.

The Comic Con presence is part of the release program. Eleven Eleven launches on May 23rd and will be available in three different formats; tethered VR headsets, mobile VR headsets and AR devices. Additionally, a partnership with Sky VR will make Eleven Eleven available through Sky VR on some platforms. 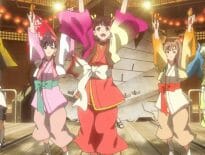 Anime Kabaneri of the Iron Fortress: The Battle of Unato… 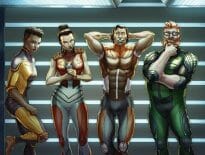