In the streets of Verona, teenage gangs copy the dangerous grudges of their adult counterparts. Outside of Athens, men clash over hidden gold and fey creatures court royalty. On the moors of Glamis, Witches plot the ascension of a king while remote islands hide the kingdoms of powerful wizards.

We need to talk about how cool Shakespeare was.

We forget, really that Shakespeare is the archetypal Bard: a man who comes from a river valley who discovers a talent for writing and bends the ear of royalty. A person of great fame and public persona but who, ultimately remains a mystery – we know little of The man’s his actual private life beyond stark facts [married, children, death], including why he originally became a playwright as it happened during his ‘lost years’. It leaves us to speculate through his works about the type of person he was. While we don’t know the man, it’s easy to analyse the form. So that gives a sense of conventions and authorial voice. We know how the man wrote. So what if he wrote a roleplaying game campaign?

Over the next few articles, we’re going to look a The Bard and see if we can understand some of his stylistic conventions in differing works and use that to hack our existing RPGs into something else. By the end, we’ll have a toolbox of tricks that can shake up our tables and add a little bit of a theatrical feel to proceedings. Or we’ll invent a new RPG game/style. See how goes, I guess.

Much Ado About Tabletop

One of the things we need to touch on to begin with is the performative nature of RPGs. If we’re going to start looking at how Will might have designed, we have to think about how his plays worked in performance. This would give us an idea about him as a DM and what the experience of playing might be like. Later episodes are going to be more like traditional genre police articles, looking at specific categories of Shakespeare plays,

Thematics
While our concept of a Shakespearean play might be of one contained within a stage under an arch with a respecting theatre audience made up of nobility, this conception of theatre came much later. In Shakespeare’s time, the stage thrust out into the audience, who often featured a wide swathe of society, including the ‘Groundlings’, common people who sat close to the stage. In order to keep everyone happy, Shakespeare would present metaphors for the problems of the day in his work but would never assume how an audience would answer. Thus his best work asks questions but doesn’t answer them, leaving the audience to fill in the blanks. This is perhaps the easiest performative feature to replicate, in that in order to run like the Bard, we have to ensure that our adventures have a central question or tension but don’t necessarily have to have a complete answer or ending: we have to rely on our players to provide context and morality. In short, dump the hardline didactic stuff, Shakespeare prefers moral Sandboxes.

Wordplay
Sorry, you’re going to hate this. Shakespeare seemed to be a merchant of Banter. Most of his plays were infested with wordplay, sexual puns and composed in verse. Now, I’m not expecting all your characters to talk in Iambic Pentameter, but in order for it to feel like a setting the bard might have run, we could pepper a number of wordplay tricks into dialogue or background details. Players will do this sort of thing anyway, and I like Will might have let them. So celebrate the anarchic nature of RPGS and occasionally have NPCs make jokes and show their wit. Deliver that sensibility into the supporting cast.

Exorcise the fat
Heavily controlled by the government, plays were often limited to a performance time of two hours. Given the density of Shakespeare’s writing, they were therefore either performed at breakneck speed or heavily edited down before or during the performance. When you introduce a rule like this to performance, it can often be healthy and spin creativity into new areas. Once you’ve written your upcoming session, try to look at it an see how you can make sure it all fits in in one session and doesn’t overrun. See what you can drop that is just extraneous stuff. Be ready to let that go during play. Even if you keep all of it in, doing this exercise allows you to locate the important parts of the next session and the minimum you have to do to convey the point to your players.

Costume Over Stage Design
Set Design at the beginning of Shakespeare career wasn’t exactly developed. Often plays would have the minimal of backdrop, often little to no props and rely on actors to deliver a sense of place via actions, dress and dialogue. In playing an RPG, we can manifest this by focusing on the smaller details of characters to create the setting, in addition to just describing it. Does everyone wear similar clothes here? Why? What does that imply about the place, its residents and its history? Answer these questions about NPCs. Show the setting through the characters rather than just tell people.

Soliloquy
Shakespeare often wanted to give people a grasp of inner motivation to an audience and would accomplish it by having a character talk to themselves. I like to think Ol’ Will was so invested in not breaking the fourth wall he used this as an accepted workaround. Think back to running RPGs. Often players feel like they have to explain their motivations to the group but this can often slow down a scene or break the suspension of disbelief, reminding us that we are all playing a game. One solution to this could be to allow players to – perhaps through spending a resource like D&D’s Inspiration or Savage world’s Bennies – deliver a moment of inner monologue that takes us (audience or players) inside their characters head. It gives us that feeling of an aside and allows open communication of intent between players without having to pause the natural flow of the table. Just don’t let them drone on.

That’s our basics of tabletop covered. Next time, we’ll look at the darkest side of Shakespeare as things take a turn for the tragic. 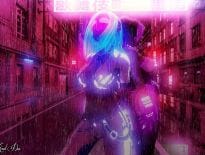 Sites Geek news, reviews and discoveries when and where … 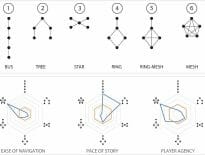