You are here: Home / Games / Tabletop & RPGs / Genre Police: The (Role)play’s The Thing

A group of friends are trapped in a fey woodland during a time of transition and hilarity ensues. Survivors of a shipwreck discover a realm full of magic and creatures. A group of friends in need of money and love brave the streets of Venice and get caught up in its web of lies, politics and gold.

And all this counts as funny material?.

Comedy in is perhaps the hardest genre to bring to a tabletop game. The need for a punchlines of a comedy sequences to be pre-scripted – in order to deliver the correct comedic reaction – is counter to the improvisational nature of RPGs. Combine this with a vast number of differing preferences with regards to comedy; it can be difficult to get a group to ‘do comedy’. It means that games that truly move beyond just being a gonzo product that throws everything at the wall in the hope that something sticks are rare. The true defining ‘Comedy RPG’, I think, has yet to be written.

Another problem is that a large proportion of ‘Comedy’ generated from RPGs are based in player/group in-jokes and callbacks, or players suddenly understanding how insane the situation the characters have found themselves in. As one gamer put it ‘All RPGs are comedy RPG’s’. So if that’s the case, and we already all make each other laugh, why do we need to look at Shakespeare’s view of comedy?

The term comedy, as it applies to Shakespearean work, is very different. Made really as a category for scholars to talk about The Bard’s work, these plays straddle the line from romantic comedy setups to more serious ‘problem plays’. So in order to create our ‘Bardic style D&D’ that we’ve been working on for a number of episodes we need to understand what sorts of tales are told where the heroes don’t all fail.

At their heart, Shakespearean comedies are about a moment where chaotic tendencies overpower the more lawful elements of a person due to extraordinary circumstances (often romantic or financial). Thus ensues a battle within our protagonists between their Dionysian element (that wants what the heart desires and has abandoned reason) and their Apollonian sensible self (that knows that things are out of control but acknowledges it cannot otherwise succeed at it’s goal).

This is all beginning to sound very much like a lot of my gaming sessions.

And in a lot of dramatic media, this conflict can be played for the heroic rather than the comedic. Shakespeare often crosses these streams, The Tempest is a fusion of comedic misunderstandings, proto-pulp romance and odd tragic longing. If you think about it with relation to RPGs, when Moorcock, a huge influence on Dungeons and Dragons, began his eternal champion series, he also chose to write about Law versus Chaos as opposed to Good versus Evil. This was perhaps because the duality of man is better represented with this somewhat more relatable dichotomy. Not all of us have felt like we have been faced with committing a genuinely evil act. But a loss of control, we all understand that. We all also understand that the need to cut loose can be both a good thing and a bad thing. That’s why Wolverine is so popular; he represents that struggle.

I mean Hugh Jackman’s charm and physique probably had a lot to do with the modern era popularity but I’m talking about the original short, hairy Wolverine.

Comedy takes this well-trodden conflict and allows the chaos of the individual to radically affect the environment around them, creating situations and interactions that are unexpected, bizarre and often hilarious. This convention is also at the heart of RPG play.

Comedy in RPG’s that really work are difficult without it being Gonzo. But here’s a couple of some funny RPG’s that might provide a different experience.

Paranoia: This game is really about the ‘Comedy of errors’ scenario where you set off the chaos and start running as it begins a chain reaction that catches up with you. The good news is that Paranoia makes this funny by making a hilarious death kind of the object of the game. All you have to do to survive is to manoeuvre a world of coded colours and conflicting instructions whilst trying to remain friends with a demented computer ruler. Also, one edition has several pages taken up explaining how to fit an octopus into a bicycle wheel, so it dabbles in the absurd.

Ghostbusters: West End Games Ghostbusters RPG is genius because it’s played straight. Your reactions to ghosts are the selling point here, and it owes a lot to the original films. It’s also set in a horror genre allowing to play the balance between the comedy of triggering all the bad things versus the ‘dark encroaching threat’ of horror films. Genius.

Here’s how we make that chaos spin fit into our ‘Shakespearean RPG’ that we’re designing. Remember to combine these tenets with the ideas from previous articles particularly the ‘wordplay’ element from episode one.

Status Quos
The trick with Shakespearean comedy is working out how it all goes back in the box at the end. While in an RPG you don’t want status quo to return fully until the end of the game, you do want players to be able to put certain things to bed. So be open to players finding unorthodox and bizarre ways to solve the problems that be-set them, especially if you can see a way to make it funny. Try to mark the closing of a series of bizarre events with a big moment after – maybe a marriage or increase in fortunes.

Overdo NPCs
Make NPCs overblown, have ridiculous elements or make them quintessential straight men. You can really amp up or play with stereotypes here – a knight for example could be a boring honourable stuffy person or absolutely out for themselves but ineffectual in combat. Or maybe they take this whole ‘prince dressing up as a princess thing’ really seriously when no one else minds. Also, make sure that you NPC fancies someone and is fancied by someone else. That will then add another layer of complexity to this collapsing house of cards.

Worry More About Situational Focus
You have to go against your instincts on this one. Comedy campaigns or even comedy scenes aren’t about detailed character backstory. They are about a series of insane situations those characters go through. So, for once, divorce yourself from a need for everything to return to character backstory. Sometimes it’s about freewheeling creation. It also means the players, divorce from the need to deliver a in-depth character, are more able to laugh at their characters.

Mistaken Identity
Always include at least one NPC who looks like a PC and allow that to become an absolute web of misunderstanding. A fun idea for a Shakespearean style game that would be the players crashing an astral skiff onto a island that is in fact a weird reality that shapes itself due to its visitors, so when the heroes crash, they are separated and each one has a duplicate. People on the island keep mistaking players for people they aren’t and factions they don’t belong to. From there it’s just a matter of keeping all the balls in the air – or not. Either way, it’d be a glorious mess.

That’s all for our comedy segment. Next episode we’ll wrap this Shakespearean series up with a look at the Histories.

Genre Police: The (Role)play’s The Thing 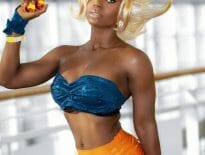 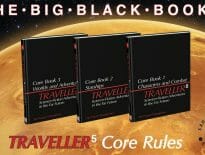