You are here: Home / Movies / Jules Verne mashup: A review of Master of the World

Master of the World aired first back in 1961. It’s even older than I am and features remarkably young Charles Bronson and a physically imposing Vincent Price.

The film is based on the 1886 sci-fi novel “Robur the Conqueror” and the 1904 “Master of the World”. I’ve read neither; but as I watched Master of the World I thought it what would happen if someone tried to mashup “20, 000 Leagues Under the Sea” and “Around the World in 80 days”.

We don’t have a submarine as in 20,000 Leagues. We have a giant airship called the Albatross powered by dozens of raised helicopter blades and made from reinforced paper. Of course, helicopters and the like were commonplace to the filmmakers in the 1960s but once again it is easy to pause and reflect on Jules Verne’s incredible foresight.

The film has early airship pioneers agree to help out a government agent (Bronson) investigate a mysterious volcano. In short order, they’re captured by Captain Robur (Price) and start to squabble. One thing becomes clear – Robur is a man on a mission. He wants world peace and he’ll have it any cost. Once the Albatross starts dropping bombs on things it becomes clear just how high the price will be.

I’ve been watching a full cult classics of late; Futureworld and the Island of Dr Moreau. Masters of the World is about 10 years older than those two – and it shows. The acting is very good – especially Price – but as a modern viewer, it is impossible not to watch certain scenes without noticing the effects. It’s not that the effects are underwhelming. It’s that the effects stand out as a good effort for such a long time ago and are yet so far behind what we would expect today. You notice. This effects how you view the film.

I hadn’t seen Henry Hull, I don’t think, in a movie before. He plays the American weapons manufacturer and sponsor of the ill-fated mission to the volcano. I don’t know whether it was simply that he was acting appropriate to his generation or that he was channelling stiff-old-gentleman very well but he successfully goes toe to toe with Price in terms of screen charisma in a few scenes. I loved watching Prudent and Robur clash. One looked back and didn’t care about the costly consequences of what he did. The other looked forward despite the costly consequences of what he did.

Overall, Master of the World was a pleasant way to spend an hour and a half. It reminded me of old TV movies from my childhood.

My copy of Master Of The World was provided for review. The latest DVD was released by 101 Films in August 2014.

Jules Verne mashup: A review of Master of the World 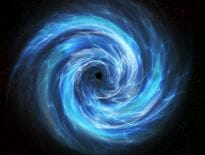 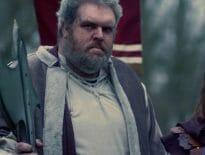