You are here: Home / Movies / Retro-futuristic: A review of the classic Futureworld 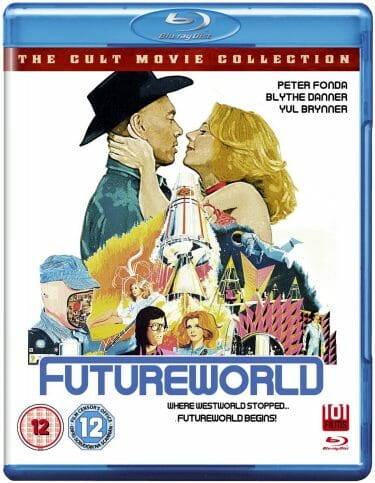 Futureworld came out in the year of my by birth and is a sequel to the 1973 Michael Crichton Westworld. In Westworld a company called Delos ran three themed words; West World, Medieval World and Rome World and populated them with lifelike androids. Guests could fight, kill, or even have sex with the androids. As you might expect; it all goes horribly wrong.

Futureworld picks up with Delos trying to make a comeback. They’ve rebuilt the park and it’s much bigger. There’s the new world too – Future World.

The film is dated now but it ages well. It’s retro-futuristic. They’ve lifelike androids using old school phones. There’s even a debate between the two main characters newspaper reporter Chuck Browning (played well by Peter Fonda) and TV reporter Tracy Ballard (played equally as well by Blythe Danner) as to which had the influence. Ha. Imagine that. A future without the internet.

My evidence that Futureworld ages well is this; I started to watch it alone but by the time the film had finished it had attracted others in the household who hadn’t seen it before and who had become intrigued by it.

Aren’t you curious to see whether Delos can prove to the reporters it has invited for launch day that all is well and the new world is safe? Or could there be complications among the other guests; some are from the military and others aren’t following the rules. There’s a Japanese group, for example, who’ve smuggled a camera in and brought their own samurai sword.

You don’t need to have seen Westworld to appreciate Futureworld. By 2015 you don’t need that preamble. You know full well that we’re dealing with the interplay between the journalists, corporation and androids.

As it happens before agreeing to visit the new complex Peter Fonda’s character is given a tip off; there’s serious trouble brewing.

I think it’s fair to call Futureworld visionary. It’s nearly 40 years old. If it feels like some of the areas it explores are a bit familiar then it because this movie made them familiar.

The cinematography by Howard Schwartz and Gene Polito is top notch. Each frame is a potential poster.

My copy of Futureworld was provided for review. The movie is distributed by 101 Films and the disc was re-released in 2014.

Retro-futuristic: A review of the classic Futureworld 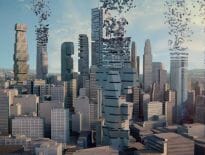 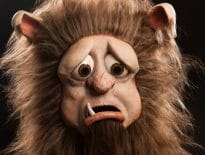