You are here: Home / Books / Comics / 2000 AD gives new artist a strip thanks to Thought Bubble 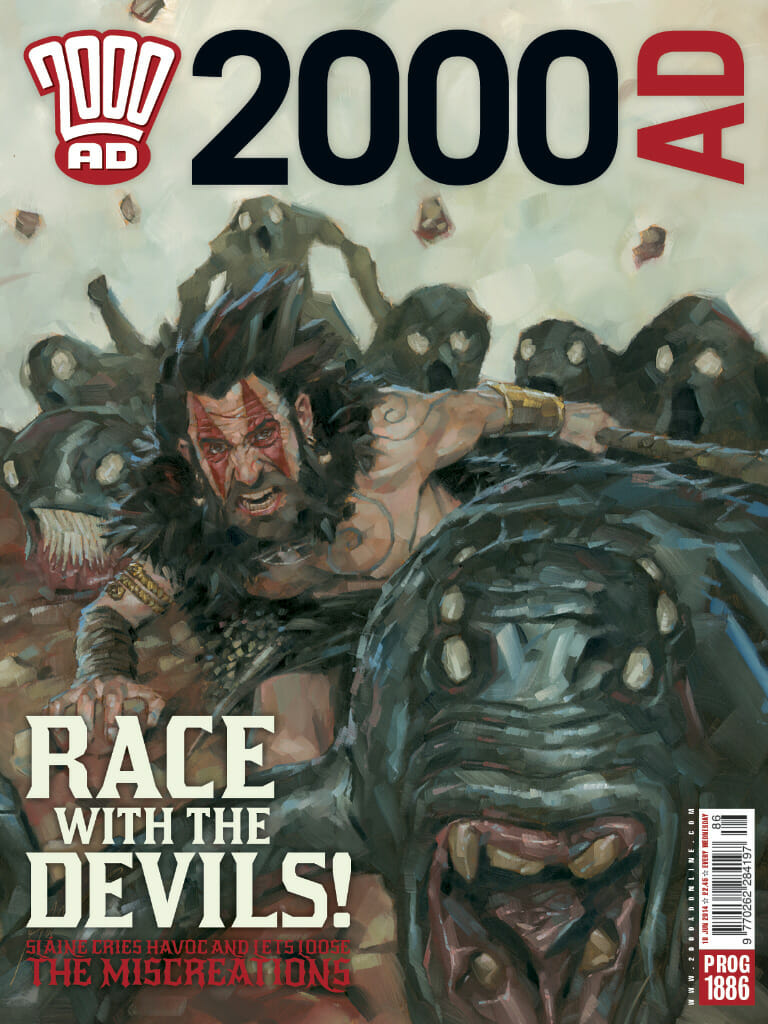 Thought Bubble is an annual convention in Leeds, UK. The convention holds a portfolio competition which offers artists the grand prize of working with 2000 AD. This year the new artist getting a strip in this iconic comic book is Tom Foster.

Foster earned the right to draw for 2000 AD after impressing the judging panel at Thought Bubble. His work will feature in the 18th of June 2014 issue 2000AD Prog #1886 in a black and white “Terror Tale” called Done Deal. The strip was written by Alec Worley and lettered by Ellie De Ville.

The Terror Tales have long been used by 2000 AD to test new talent and have seen work from the likes of Alan Moore, Grant Morrison, Richard Elson, Jock and Alan Davis.

“Tom’s work immediately stood out when I saw it at Thought Bubble as accomplished and very capable. He’d done a good job working from the sample script – his character design and storytelling were spot on, and he was clearly ready to appear within the pages of the Galaxy’s Greatest Comic. Anyone thinking of entering the 2014 TB portfolio competition would be urged to do so as you never know where it may lead!” 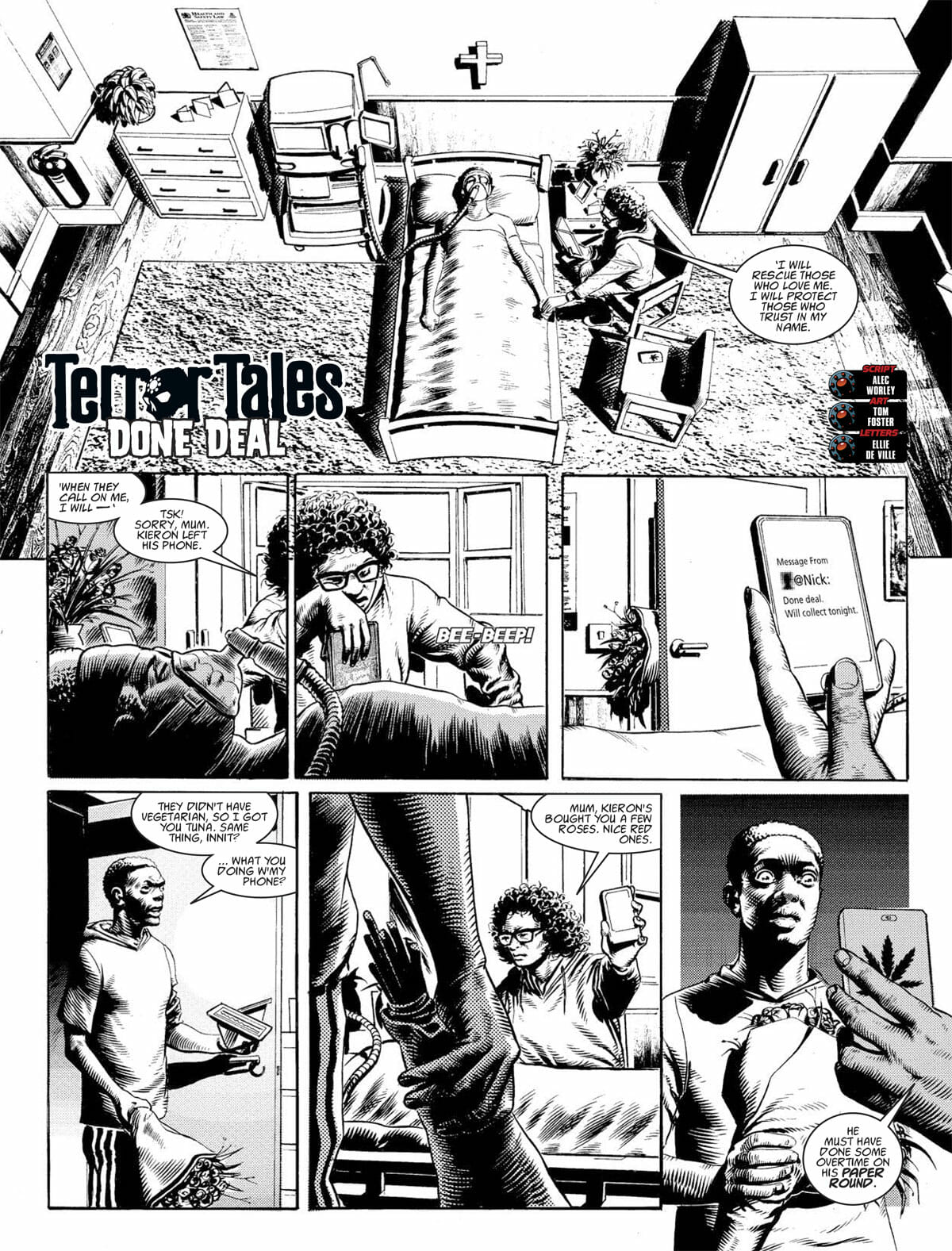 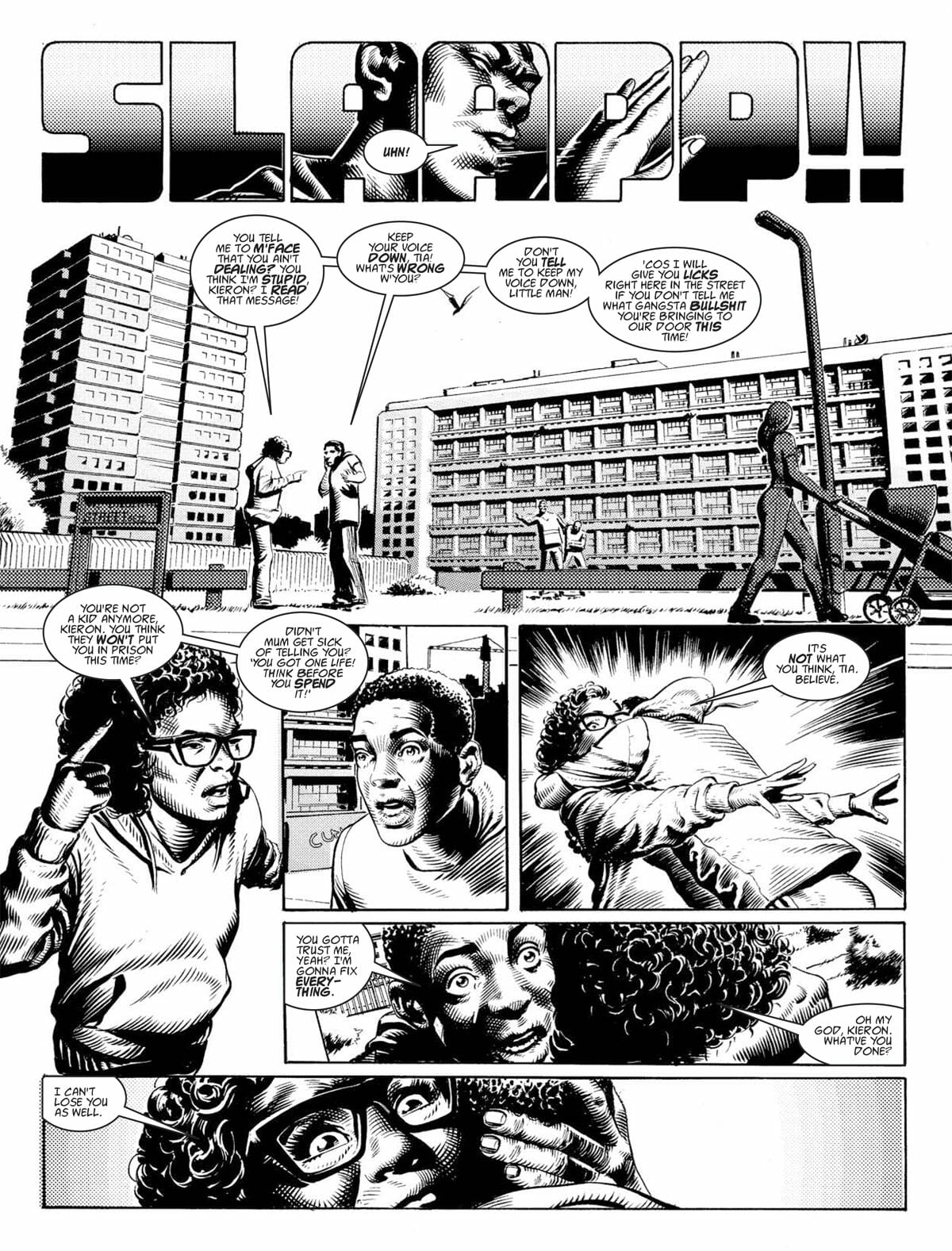 “To my mind, 2000 AD’s portfolio competition at Thought Bubble is the best thing any comics publisher is doing to encourage new talent at the moment. It gave me exactly what I needed as a newcomer: the right place at the right time – and I’m thrilled to have been given that chance.”

The 2000 AD issue Prog #1886 can be bought at Forbidden Planet and other retailers.

2000 AD gives new artist a strip thanks to Thought Bubble 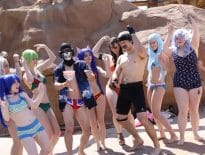 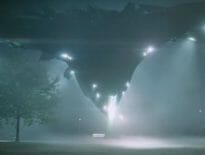