Cosmic Joke are already approaching half a million views for their LARP documentaries and have been feature on the likes of MTV, USA Today and TIME. Their latest feature – Treasure Trapped – looks likely to grow that audience.

The documentary follows gamers as they escape the world of desk jobs, traffic james and morning commutes as they turn to live action roleplaying.

The premiere of the film is this week, on the 10th, at A Small Cinema in Manchester.

I asked director Alex Taylor a few questions over email.

We’ve tried to make a film that will appeal to everyone! I’m sure every filmmaker says that, but we really have tried to make it accessible. We’ve taken an honest look at LARP and it should give people who’ve never heard of it before a crash course and help some more experienced LARPers see the other types of systems and games that are out there. Ultimately though, if people have fun and we open their eyes a little to what is a very beloved hobby to a lot of people, then we’d be pretty made up!

Does LARPing still get a bad press?

Funny you should ask that; if you’d asked us a month ago, we’d have said yes, but this week we’ve had a 750,000 views on our video of a recent Harry Potter LARP set in Poland. It’s also been featured in pretty much every major news outlet the world over, so things are certainly looking up! There’s always going to be haters with something like LARP because people don’t understand it and it’s very easy to mock. But we think, certainly recently, LARP has become better at controlling its public image and hopefully with films like ‘Treasure Trapped’, people will develop a greater understanding.

How healthy is the European LARP scene?

Extremely healthy! Scandinavia is king at the moment when it comes to high end immersion and pushing boundaries. But lots of other countries are seeing LARP grow from strength to strength: Germany has the biggest games outside of North America, Britain has the oldest and everyone else, from France to Croatia, is becoming more and more LARP active. LARP has been popular since the 1980s, but with the Internet, years of practice and some changes in attitude, LARP is a rapidly expanding hobby and Europe is arguably at the centre. 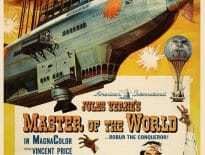 Movies Jules Verne mashup: A review of Master of the Worl… 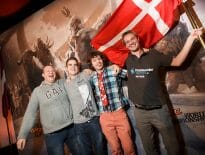