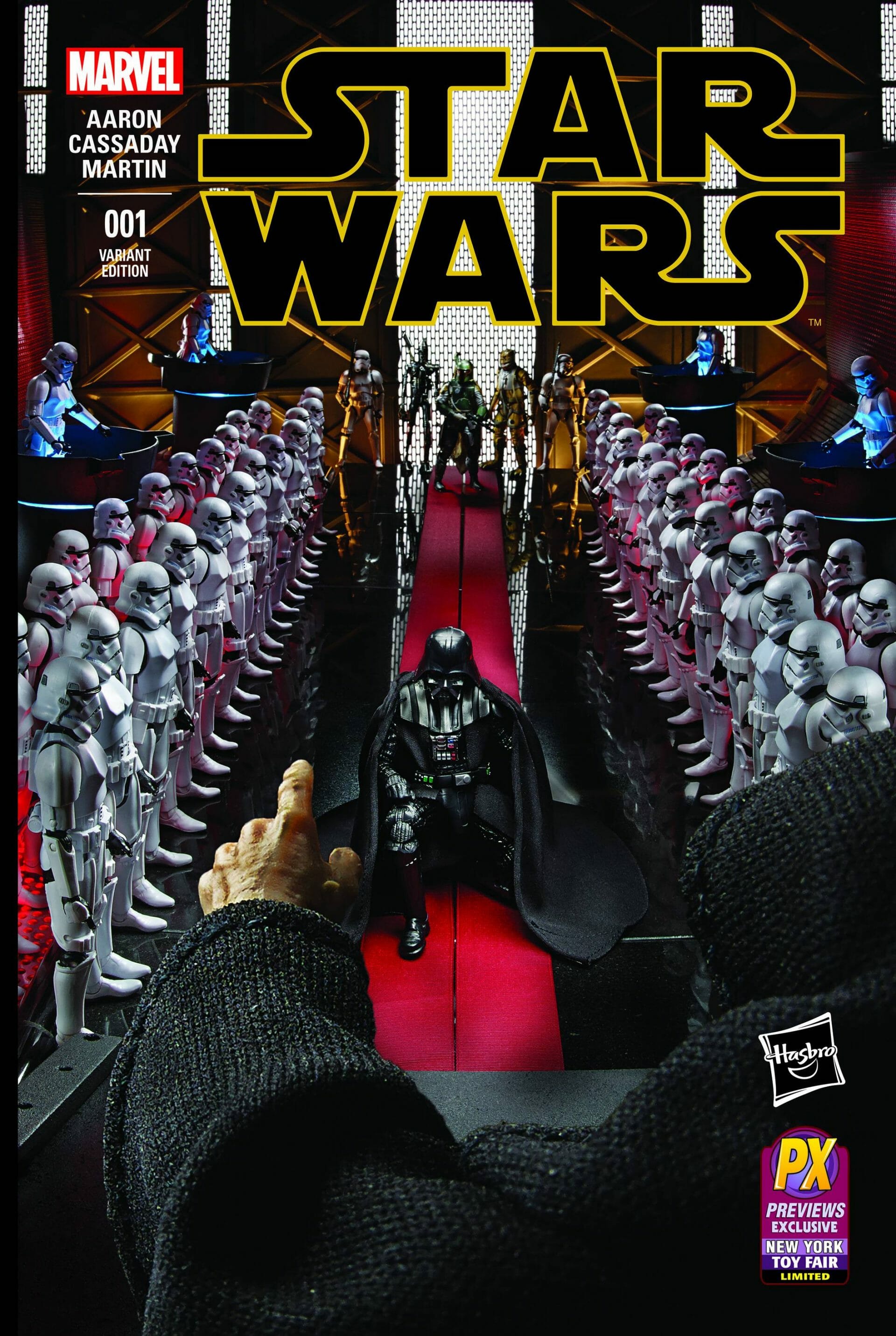 The Star Wars #1 PREVIEWS exclusive limited variant edition will be an interesting one. I think the clue is in the name! This will be a Toy Fair edition and limited to just 10,000 copies.

Diamond and Hasbro have used Star Wars Black action figures to create a tableau with Darth Vader in audience with Emperor Palpatine. All around are Imperial Stormtooprs and the bounty hunters IG-88, Bossk and Boba Fett.

If you’re a fan, or perhaps just a collector, then the comic book is due out to speciality shops on January 13 and the cut-off for pre-orders is just December 15th.

The Star Wars comic book empire is set to be a big one. ComicBook.com have crunched the numbers and speculate 1,000,000 copies might sell. Few comics have sold anything over than 500,000. As James Whitbrook writing in Io9’s Toybox says you have to go back to 1993 and Batman #500 until you find a title that sold as well.