You are here: Home / Books / Comics / It’s been 25 years: The Buffy the Vampire Slayer Anniversary Special #1 is coming

In March 2022, Boom will release the Buffy the Vampire Slayer 25th Anniversary Special #1.

It’s an oversized one-shot, according to Boom and will contain a “shocking” prologue to a brand new comic book in the Buffyverse from Sarah Gailey, who holds a Hugo Award for best fan writer and was nominated for more due to River of Teeth. The artist will be Carlos Olivares.

There’s plenty more in the issue, with Boom using the phrase;

25 years later, dive into a whole new universe of stories celebrating the phenomenal icon of a generation, Buffy Summers. Where in the Multiverse is Buffy? And what’s happened to the Scooby Gang?

Buffy ran for seven seasons on TV, so it is now a much longer comic book property, but oh where those episodes memorable.

If you’re a newcomer to the series, then the action kicks off when a high school girl develops the power to fight vampires. She’s guided by a Watcher, a man who’s read up on the lore, and ends up fighting not just vampires but demons and other supernatural baddies. The team of friends she builds along the way help, and are put in danger, and are affectionately known as the Scooby Gang. It’s a story with as much heart as vampire dust.

Sadly, it seems all that greatness was created under pressure. Several stars have since come forward with horrible stories about the creator Joss Whedon.

There will be print editions and digital for Buffy the Vampire Slayer 25th Anniversary Special #1. The print will be exclusive to local comic book stories. Digital will go to ComiXology where you can currently find Buffy the Last Vampire Slayer from Boom, as well as iBooks, Google Play and Kindle.

It’s been 25 years: The Buffy the Vampire Slayer Anniversary Special #1 is coming 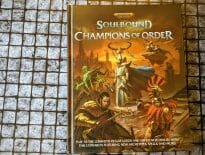 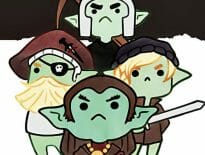