This is an exclusive preview of Phoenix Rising Games’ Of Gods, Men, & Monsters: Darkness Rising. The text and illustration presented here are just a portion of the available preview. The 2-paged PDF can be downloaded at the end of this page.

The bowels of Hell are known to spawn hideous creatures of terrible power, but these small devils appear to only be an uncommon footnote in their arsenal. That is, until these beasts reach the battlefield, where they rend and tear with a speed and ferocity that is surely able to make the most devout man’s blood run cold.
~Marcus Rein, Holy Knight of the Dawn

The steel claw imp is born from an unholy blood ritual involving an imp and a chain devil (called a kyton). They normally appear as a small humanoid with wicked claws and horns made of naturally occurring infernal steel. Their thick hides are hairless and are a deep red to reddishblack color. Their long tails end in a continuously burning black flame that sheds no light, the same flame that can be witnessed in their cruel black eyes just before they strike the final blow against an opponent.

Steel claw imps can be found in the employ of powerful devil spellcasters, usually kyton sorcerers or wizards. However, a few mortals have been lucky enough to strike a bargain with one to serve as a familiar (see Steel Claw Imps as Familiars below). But, these mortals were eventually consumed by the steel claw imp’s thirst for blood and flesh.

As with all devils, steel claw imps can speak Infernal, Celestial, and Draconic.

The steel claw imp fights with its metallic claws in combat, relishing the feel of rending flesh under those wicked talons. Because of their claws’ design and properties, the steel claw imp’s claws have a higher critical threat range. If they discover that the claws are ineffective against a foe, the steel claw imps will either attempt to gore their opponent with their metallic horns, or strike at them with their lightning fast tails. These tails deal 2d6 points of fire damage on a successful hit.

A steel claw imp’s natural weapons, as well as any weapons it wields, are treated as evil-aligned and lawfulaligned for the purpose of overcoming damage reduction.

Steel claw imps also share many of the same traits as their lesser imp cousins and their infernal heritage, as well as the following special qualities.

Once per week a steel claw imp can use commune to ask six questions. Otherwise, this ability works as the spell (caster level 12th).

Regeneration (Ex): Steel claw imps take normal damage from silvered weapons, goodaligned weapons, and spells or effects with the good descriptor. A steel claw imp that loses a piece of its body regrows it in 2d6x10 minutes. Holding the severed member against the stump enables it to reattach instantly.

Only either the most powerful or the most insane mortal would attempt to bind a steel claw imp to his service, but it has happened in the past. If the character attempting to acquire a steel claw imp familiar does not meet the following requirements, the creature will immediately attempt to kill him.

Gods and Monsters is a wonderfully affecting portrait of friendship, loss and regret….The movie was also a great success for writer-director Bill Condon!!!!

Thanks for your review! Good job!

time to read: 3 min
Echoes from the Wyrd RPG Previews: The Village of Oester | Echoes #16 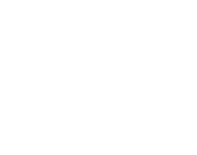