You are here: Home / GameWyrd / Echoes from the Wyrd / RPG Previews: The Dragon’s Gate | Echoes #16

This is a preview of Gold Rush Games’ The Dragon’s Gate. The following text and illustrations are just a sample from the free 14-paged preview. The full preview can be downloaded at the end of this page.

“Chinatown? I love it, man. I go down there for lunch with the guys from the office at least once a month. We walk around and do a little window shopping on Canton Street. And my wife and I always try to catch the Chinese New Year parade in February. She loves the dancers. I love watching those guys maneuver inside that gigantic dragon! I mean, where do a hundred people go to practice marching in unison with a costume over their head, anyway? Golden Dome Stadium?”
– Doug Mansfield, 33, stockbroker

Many residents of the Golden City know only the public face of San Angelo’s Chinatown: the restaurants, tea gardens, and tourist-oriented gift shops that line Canton and Peking Streets. They enter via the ornamental dragon gate at the intersection of those two streets, and largely experience a stylized “East meets West” version of Asian architecture, culture, and cuisine-one that is carefully calculated to intrigue but not offend. They seek a taste of something different and a break from the ordinary, and usually depart satisfied, leaving some of their hard earned money behind in the process.

Other San Angelinos scoff at these dilettantes, and talk about finding the “real Chinatown.” They eschew the naked commercialism of the outer section of the district for its smaller side streets and byways. Here one can find open-air food markets, restaurants offering more authentic Asian fare, tiny “hole-in-the-wall” shops selling everything from medicinal herbs to musical instruments, and antique and jewelry stores specializing in items carved from jade, bone, or soapstone. Merchants and passersby converse mostly in their native tongues, while residents play mah jongg or practice tai chi in the local park.

Yet even these people (and indeed most of the district’s permanent residents) don’t often experience the hidden Chinatown that emerges after night falls. In this Chinatown, mysterious individuals still know and practice the ancient mystic arts of healing, divination, and even conjuration, contacting and bringing forth creatures from the spirit world. Martial artists, trained not only in the time-honored techniques of self-defense but also in the killing arts, face off on rooftops and in back alleys. And behind it all, the three competing tongs, the criminal organizations that control much of the legal and all of the illegal in the district, engage in their nefarious deeds, locked in an eternal battle for supremacy. All this and more takes place beyond the dragon gate.

How To Use this Book

The Dragon’s Gate is designed for use as a supplement to San Angelo: City of Heroes, the city setting for Champions campaigns published by Gold Rush Games. It focuses on one of the city’s most colorful districts, a neighborhood with many layers, and more than its share of dark and nefarious secrets. 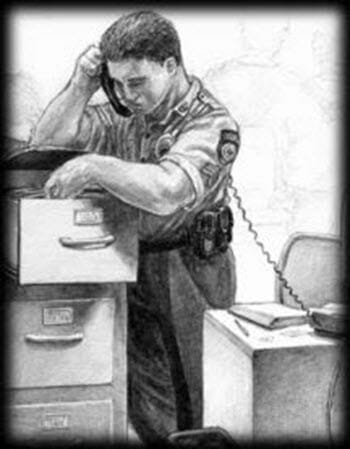 Contained within these pages is a detailed description of San Angelo’s Chinatown district, summarizing both the high points of the district’s history and the neighborhood as it appears today. Scores of establishments and non-player characters are described, along with game statistics for key characters and gadgets that are presented. The people and places detailed in this book run the gamut of life in the district, and include public officials, businessmen and local shopkeepers, professionals, media personalities, and clergymen, as well as mystics, masters of the martial arts, and normal and super-powered heroes and villains. Particular attention is given to the Chinatown underworld, and the major personalities of the three secret societies (the Wing Chao, the Choy Lok On, and Qi Leong tongs) that are headquartered within its boundaries, and that conduct a wide array of criminal activities throughout San Angelo and in the world beyond.

The Dragon’s Gate incorporates many people and places that are described in San Angelo: City of Heroes. Thus, it is best used in conjunction with that book as a detailed adventure setting for an on-going SA:CoH campaign. However, as with San Angelo: City of Heroes, the people and places of this Chinatown can easily be adapted for use in any GM’s existing city. Virtually every major city in the U.S. has a Chinatown of some sort, but this area may not have been fleshed out in much detail in previous game sessions. The Dragon’s Gate provides GMs with an easy means of incorporating that detail, and offering the players a glimpse of their city that can be very different from the one they are used to.

Martial Arts and the Tongs

Most tong soldiers possess some degree of martial arts knowledge. The typical tong member, although he might be interested in the discipline and philosophical aspects of a particular style, is most definitely interested in the martial aspect of the martial arts. Practical and effective ability with a fighting style has kept many a tong member out of the hospital, morgue, or prison. It can also be said that such knowledge has put a number of tong members into those three establishments.

Several local dojos and studios teach fighting styles to members of the tongs. Indeed, some dojos have reputations as tong or gang recruitment areas. Street fights between students of the various Chinatown dojos are not uncommon. Most of these fights start over pride or other such emotions, but a number of these conflicts have been tong-related. In a handful of cases these brawls have involved entire classes of students, but such incidents are extremely rare and are always swiftly dealt with by the respective masters. Not all dojos teach tong members. A number of prominent masters have refused, under any circumstances, to teach what they deem to be undisciplined thugs. In the past tong members have attempted to pressure these individuals into recanting, only to find that these masters are more than capable of defending themselves; intimidation is less than useless against the level of internal discipline that masters possess, and local hospital records are littered with tong soldiers who can testify to how effective physical assaults have been.

Other masters refuse to teach known tong members for more practical reasons; the patrolmen of the police substation have been known to keep some of the tong-affiliated dojos under surveillance. While the police see this as crime fighting, the masters often see this as the “white devils” making yet another attempt to infringe upon Chinese culture and interfere with their ways. They therefore do not teach anyone who could in their opinion bring unwanted and undesired attention upon them from the police or other government sources.

Besides private lessons and small groups taught by noted masters, there are a number of other schools and dojos within the borders of Chinatown that will teach the martial arts to the general public. Some of the masters of these establishments, while they are knowledgeable, have not yet attained a position of prominence among the community. There are also a few schools that are run by non-Oriental individuals.

These last schools are typically located in the outer regions of Chinatown, as the Chinese community does not welcome them in the heart of the neighborhood. A sampling of these schools is detailed below.

The Iron Tiger is a dojo that teaches Korean kempo, as well as tae kwon do. It is a fairly new establishment, opening only a few years ago. So far there has not been any real comment or response from the leaders of the community, and some have construed their lack of a public stance as a form of tacit approval. (In fact, the leaders of the Chinese community feel the Iron Tiger Dojo is unworthy of their contempt, let alone their respect.)

Three friends run the Iron Tiger. Although they are passable practitioners of the martial arts, they are hardly masters, and are in the business of teaching strictly for the money. Most serious students and masters of the martial arts know this and avoid the Iron Tiger. There are always a number of students, however, who assume that if the Iron Tiger is in Chinatown, it must be a far better school than some “cookie cutter” suburban chain. Most masters expect the Iron Tiger to eventually close down, or maybe even be run out of San Angelo if someone brings them up on charges of fraud. Even the tongs and gangs generally avoid the Iron Tiger; they won’t even attack it, except maybe with eggs, and certainly do not train there.

"RPG news," whispered the halfling.
Echoes from the Wyrd