So, why the fuss? Well, over at Facebook Chronicle City posted to say;

“Interface Zero is a great Cyberpunk setting. Please drop by and pledge!”

Just a hunch – but let’s speculate that Chronicle City will be involved in help distributing Interface Zero 2.0 when it comes to it. In the Chronicle City store there is San Francisco: Ruins by the Bay, a city sourcebook for the current Interface Zero game. That’s from Gun Metal Games and is written by Curtis and Sarah Lyon.

Interface Zero 2.0 uses Savage Worlds system and isn’t related to Cyberpunk 2020 or Interlock. Cyberpunk may enjoy a surge of interest as Cyberpunk 2077 is released.

The first couple of stretch goals are out. We’ve already cashed in the novel by Peter Wacks, that only needed $15k, $21k unlocks the Japan Sourcebook by Stan! and $27k the New Seattle Sourcebook by Michelle Lyon.

This may be the only Kickstarter video pitch that uses “But wait, there’s more!” as a line and ends with a cheeky “In your face” whisper. I was reminded of the “I’ll buy that for a dollar” man in Robocop. 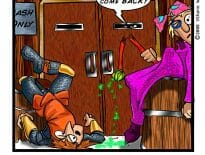 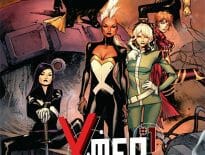