Is it a surprise? Not really, but Crowbar Creative and Exalted Funeral’s official Monty Python tabletop RPG, aka Cocurricular Mediaeval Reenactment Programme, has broken the $1m mark and is speeding to £1m on Kickstarter.

At the time of writing, there are nearly 8,000 backers. How long did it take to hit the $200,000 target goal? Less than an hour! You can see the latest progress and be tempted by something completely different on the pitch page.

I don’t know why all Kickstarter pitches don’t begin with a drumroll and fanfare!

The early bird deal ends on Friday, and if you make it, you’ve a route to the Head of Light Entertainment Sash. My shelves for RPGs have made room for all sorts of weird things, but never a sash.

Can you buy this later? Certainly not! We can’t have everyone running around in sashes!

It’s not a 5e system; the Monty Python RPG has its own rules-lite approach, using its original gaming system and spam.

For reasons Python, there’s also a backgammon-based minigame called Fetchez La Vache! as part of the Kickstarter. It looks gorgeous, made from wood and with all sorts of little python pieces.

Monty Python’s Cocurricular Mediaeval Reenactment Programme is a rigorous course of study intended only for serious students of English History. It is by no means a complete and comprehensive manual for running imaginative, highly unpredictable, Mediaeval-themed role-playing games based upon the complete comedic output of Monty Python with one’s friends.

There’s a digital-only edition that’s offered to backers with $25 to spare. That amount of support also unlocks all the digital stretch goals.

The “Sensible Middle Class Bundle” includes the standard hardcover, dice, and PDF. Backers with $65 to offer (about £59) will be thanked with those as rewards.

The $95 “Public School Bundle” that swaps out the Middle Class edition for the Public School edition is less popular but more expensive.

There are variations, swapping and out accessories like the GM screen and tokens until the $220 tier, which is where Fetchez la Vache! makes an appearance.

There’s a retailer tier offering ten copies of the Middle Class edition and, at the time of writing, has over 60 shops raising their hands for that. It’s are to see such interest from retailers.

Exalted and Crowbar reckon they can ship all of this by October 2023. They probably can, but, golly, are they going to be busy! 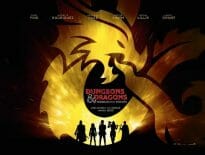 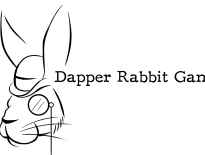