This chat talks about the recent Kickstarter success Tales From Dungeons Deep. The basic rules are on DTRPG for $5, which Dapper Rabbit describes as an “odd game”. We also talk about computer game plans!

If you’re familiar with Publisher Spotlights, you’ll know the goal is to get you interested in Dapper Rabbit and their projects. I also like to start with the basics.

Who are Dapper Rabbit Games?

Dapper Rabbit are pretty humble. As a result, this introduction might be a bit light, but Discord is the golden mention. That’s your chance to join the community and ask them questions directly.

Who are Dapper Rabbit Games?

We are a small group of friends who make tabletop RPGs and videogames. You can hang out with us on Discord at  https://discord.gg/UrkGHdSnaG

Right now, we are not really known for anything. But, our two most popular games are Haunt, the horror RPG, and Stories From the Slough, an adventure set in a strange swamp.

In the future, we would like to be known for our large selection of games, both traditional and video. Primarily, our current flagship game is Tales From Dungeons Deep. One that, I hope, will bring us into the mind of indie RPG players.

What makes a good game?

This question is, of course, subjective. The answer varies widely between genres and game types. However, what makes a good game is one that has a clear game-play style, sticks to it, and does it well. For example, a game about exploring the wilderness should stick to elements that enhance travel, survival, and the like. It would not be a good game if it lacked these elements, but a combat focused game can afford to skip out on these.

Halloween is coming up! Geek Native has started the 2022 12 Masks of Halloween series, and Dapper Rabbit has a horror game called Haunt. Gotta talk about that!

Is your horror “Haunt” RPG a good one for a one-shot for Halloween or would groups be better off planning to play through a campaign?

Haunt is PERFECT for one-shots for halloween. It is designed specifically for one to two session games and I, personally, have never played a session longer than one sitting. Indeed, where it falls apart is when trying to play it in any other way. This is because “beating the haunt” is built directly into the secrets system, the dice rolls, and the structure of the game as a whole.

How can a game work if players keep secrets from the GM, as they do in Haunt? How does that work?

Secrets in Haunt are semi-specific. They have a secret relating to other players, to the location, and one of their past. Each secret also has two hints. The other players make sure these hints are true during character creation, which does lead to an unfortunately long character creation. However, the detail of these secrets means there are many clues that the GM can pick up on. How the player roleplays, what topics they avoid, and so on. Players may also give the GM a hint to perform archetype specific abilities. For example, the psychic can commune with the ghost/monster/whatever itself to ask it a direct question, but they must give a hint.

Whenever a player fails a roll, the GM asks a question that the player must truthfully answer. So, it is like 20 questions in a way. It can be hard for the GM to discover these secrets, but that is ok, because there is another element to help the GM. When the game enters its “Climax”, meaning the players have all of the necessary information to defeat the haunt, failed rolls give away players hints as well as allow the GM to ask a question.

This whole system is the center of Haunt. It is one of the few RPGs where the GM has to actively solve problems in the game. Plus, when the game is finished it is a hoot to go through all of the secrets and see how far you get.

Speaking of Haunt, no promises on any timeline, but I am working on a second edition of the game. It has an extended roster of archetypes, uses a tarot deck, and will have a much more in depth section on making adventures.

You’ve just finished a Kickstarter for Tales From Dungeons Deep. Can you tell readers a bit about it?

Tales from dungeons deep is an odd game. It’s familiar on the surface, but it gets more and more unique as you get to know it. You will quickly level up to max level of 10, but must then invest in magic items, a stronghold, and a company of men to take on larger threats. Death is inevitable, and fun. Character death is a chance to start again with even more powerful characters. Spells are just as dangerous as useful, for instance few summoning spells actually give you control over the thing you summon.

One major aspect of the game is it’s baked in random nature. Your PCs will level up differently than others of the same class, monsters are each unique, and there are rules for integrating everything into a world generation system.

What defines ‘OSR’ for you?

For me, OSR isn’t a system or rules. It’s a spirit of game. An ineffible way of playing the game. Generally, the focus is on exploring the environment, carefully and slowly. Even combat should be more exploratory, finding exploits and performing them. For instance, dropping a 500 pound boulder on a dragon would kill them as surely as it would a human, just have to make sure you line it up right. OSR is about using what’s on hand, rocks and sticks and the skulls of your enemies, to solve problems. Not what’s on your character sheet.

This is one of the reasons why the TFDD character sheet places the inventory in the place attributes traditionally are placed.

Will you be writing any more for Tales From Dungeons Deep or is the Kickstarter’s output enough for the game?

I’d like to write more. But, we will see what happens with other projects and how much support we get for Tales from Dungeons Deep.

The future for Dapper Rabbit Games

I think the best part of the Spotlight is not looking back but looking forward. It’s a time-travelling light!

Right now, we don’t have any plans to work with anyone. Once we are more set up, then we will gladly be open to working with others. Though, people are free to message us if you want to work together!

What’s next for Dapper Rabbit?

After Tales From Dungeons Deep finishes up, we plan to move on to a video game. We have started some work on it. No official news for it yet, but so far it is a classic 3d platformer with a horror twist. Some of the designs so far are quite unsettling, and the platforming has finally reached a fun state haha.

Isn’t a video game a gigantic undertaking? How many hours are you expecting to put into it?

It is, yes. We expect at least a year, likely more. We’ve made a few games, but none quite so large. Even though this would be considered a medium sized game at best, it will definitely be a lot of work.

How does that compare to the time invested in Tales From Dungeon Deep?

Tales From Dungeons Deep was mostly just one guy picking over house rules and ideas over years. Almost passive except for this last year. Making a videogame will be a more active approach, time will be actually dedicated to it rather than being found. No idea on specifics, as schedules are in flux right now haha.

You can get DRG’s goodies on DriveThruRPG, so we can sort by most recent changes; 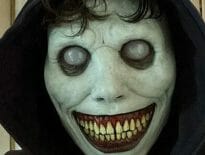