One of the major powers at Wizards of the Coast for Dungeons & Dragons has been Ray Winninger, but not anymore. The one-time D&D executive producer has tweeted to say he’s left WotC.

The news comes hot on the heels of digital Dan, aka Dan Rawson, joining the company and getting the shiny new role of Senior Vice President of Dungeons & Dragons.

As you can imagine, this has led to speculation that WInninger has been squeezed out, perhaps by Dan, perhaps by not getting promoted to Dan’s job.

Yesterday, Ray’s tweet followed on from such speculation but only confirmed his departure. Ray said;

Sorry for the radio silence; I’m in the midst of a sorely needed Long Rest. I have indeed left WotC, having accomplished the ambitious goals we set when I took over the D&D team.”

He doesn’t seem to hold any grudges against the game, though, adding;

Shepherding D&D was an honor and a privilege, but I’m looking forward to slowing down and getting back to a list of personal design projects. (Gamers, you haven’t seen the last of me!) Most of all, I look forward to following D&D as a fan again.

We can speculate just where we might see Ray again. He has worked on other TTRPGs, including Marvel Superheroes and DC Heroes.

He also thanks a long list of D&D workers, starting with Jeremy Crawford and Chis Perkins.

Before Ray, there was Mike Mearls (who doesn’t get a mention) and Ray was the first executive producer D&D had. Anime The Magical Revolution of the Reincarnated Princes… 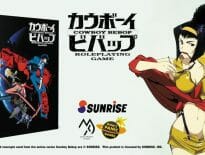