You are here: Home / Games / Tabletop & RPGs / The Secret World MMO gets a 5e-powered tabletop RPG

The 2012 MMORPG has an estimated 400,000 players, which puts it smack in the middle of the league table of massively multiplayer games with any name recognition. I notice Star Anvil doesn’t use the word official but also lacks legal takedown. You can find out more on the pitch page.

The project asked for $40,000, and hundreds of fans have rushed in. There are four weeks left on the clock and nearly $75,000 pledged. As a result, the campaign to fund the core book – the only one you need to play – looks set.

Joshua Doetsch, one of the original The Secret Word MMORPG writers, is onboard with Star Anvil to ensure that the mood and tone of the game is right. The idea is to be consistent with Funcom’s Secret World universe.

That’s a world with secret societies that control pretty much everything while trying to fend off cosmic horrors and other threats.

An Age is ending…
All the myths are true…
Gaia calls upon heroes to defend her against cosmic horrors…
Can you discover the truth behind the Secret World?

A pledge of $5 is enough to get into the add-on system and your name in the book. However, you have to step up to $40 to get The Secret World RPG core rules, which come with a separate Art of the Secret World digital book, power deck in digital and stretch goals.

$60 unlocks the printed version of the core rules, the power deck and Art of the Secret World. I think those are print-on-demand versions, meaning printing and shipping costs to pay.

A higher tier (all others have sold out) at $100 adds the pre-gen player character pack and monster deck as a printed version.

Star Anvil estimate October 2023 for delivery for the project, whether you sign up for digital or physical.

The Secret World MMO gets a 5e-powered tabletop RPG 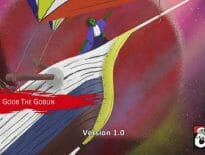 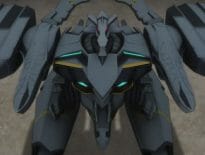